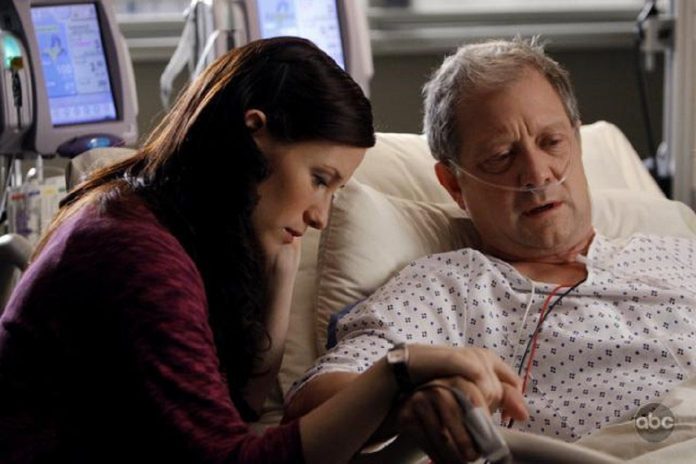 Grey’s Anatomy is directed by Meredith Gray (Ellen Pompeo) along with many of her friends and colleagues who have been leaving the show. However, at one point she helped her father receive a liver transplant although there were underlying reasons.

In Grey’s Anatomy episode Tainted Obligation, Meredith’s father, Thatcher Gray (Jeff Perry), came to the hospital vomiting blood. It was revealed that he had cirrhosis and needed a liver transplant.

But to be included on the list, he had to be sober for at least a year and had only been clean for 90 days. Lexie (Chyler Leigh) wasn’t a viable candidate, but Meredith was, so she asked him to do it for her father.

Meredith finally agreed, though not for Thatcher, but for Lexie’s sake. Meredith underwent the surgery, which was a success for both her and Thatcher, and spent weeks in bed, recuperating on Grey’s Anatomy.

The liver transplant story was added to the Meredith Gray arc because Ellen Pompeo was pregnant and her pregnancy was not written into the Grey’s Anatomy character.

As with many television shows when an actress is pregnant and not part of the character, the production team has to be creative to cover it.

The writers came up with the story of the liver transplant, allowing Pompeo to lie in bed most of the time and go on maternity leave without the audience wondering what happened to Meredith for her recovery from the transplant. .

Although the Grey’s Anatomy writers are not the best at handling the absences and departures of their main characters, and their solution is to kill them, Meredith’s absence due to Ellen Pompeo’s pregnancy was well handled.

Kate Middleton: her classiest looks for 2020!

Will Booba shoot a music video for the album “Ultra”?