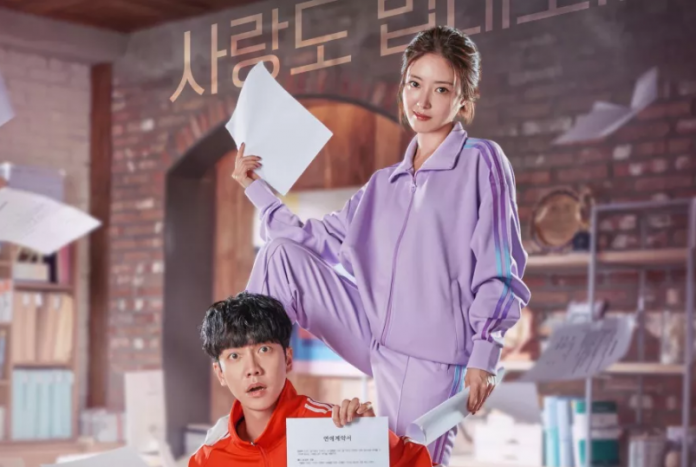 Get ready for the heat in the second half of the “Legal Cafe”!

The romantic comedy “Legal Cafe” on KBS 2TV, based on the popular web novel of the same name, with Lee Seung-gi as Kim Jung-ho, a brilliant former prosecutor turned libertine landlord, and Lee Se-yeon as Kim Yoo-ri, an eccentric lawyer who becomes his new tenant when she opens in his house is a “legal cafe”.

As the drama quickly sinks into the second half, here are three key points you should pay attention to!

1. Kim Jung-ho and Kim Yoo-ri’s relationship after revealing the truth

In episode 8, Kim Yoo Ri was shocked to find out that Kim Jong Ho was part of the Dohan group. In the previous episode, Kim Jung Ho was abducted by a school bully, and after finding out that Kim Yoo Ri was crying out of concern for him, he kissed her. However, after the kiss, he started avoiding Kim Yoo Ri, which raised questions about the future of their relationship.

Although Kim Jung-ho originally planned to personally make an official statement that he was the one who accused Dohan Construction of corruption, he missed the time to do so after the news about his father Kim Seung-un (Jung No Min) came out first. Kim Yoo Ri was the first to see his father’s news and burst into tears, exclaiming, “Oh no, Kim Jung Ho. As you said, you will be hated.” He begged earnestly: “I am completely ready. So please don’t leave me.” Now that Kim Yoo Ri knows the truth about Kim Jung Ho, how will their relationship change?

2. The danger facing Dohan Construction and the fate of CEO Lee Pyun Un

Under the name of “Informant”, Kim Jung Ho was able to accuse Dohan Construction of corruption through the web novel “Bureaucratic Terminal of a Vicious SSS-class Enterprise”. When Dohan’s CEO Lee Pyung-un (Cho Han-chul) discovered that the details of this accusation were only available in court records or to persons from Dohan’s group, he began to closely monitor the accuser.

During this process, Kim Yoo Ri, who received compensation from Dohan Construction for the noise in her apartment, received a warning from Lee Pyun Un, forcing Kim Jong Ho to step forward. Kim Jong-ho collected evidence of a connection between Dohan Construction and his father Kim Seung-un, the prosecutor of the Seoul Central District, which, in turn, jeopardized his father’s career. Starting with Kim Seung-un as the target and Dohan Group as the ultimate target, stay tuned to see if Dohan can survive.

3. Solutions for new customers and a “lottery” pair

The “Legal Cafe” covers topics that anyone can encounter in real life, such as noise in an apartment and the sale of second-hand items, and also touches on more serious issues such as child abuse and violence at school. Officially becoming a lawyer, Kim Jung-ho begins a new life path, joining Kim Yoo-ri as her partner in the “legal cafe”. Stay with us to find out what new clients these two will meet and whether they will be able to remain legal partners in the long term.

The producers commented: “The Law Cafe” will give the audience a bittersweet romance, humanism with depth and a wide range of fun. The second half, which will begin with the broadcast on October 3, will unfold a narrative in which the main characters violently face love and justice and endlessly rush between hot and cold. Please look forward to it and give us a lot of attention.”

Did you know that Prince Harry and Meghan Markle are distant...

Development Showing When GTA 6 Will Be Officially Announced