Home Entertainment What to Expect from Outriders: Worldslayer Full Release 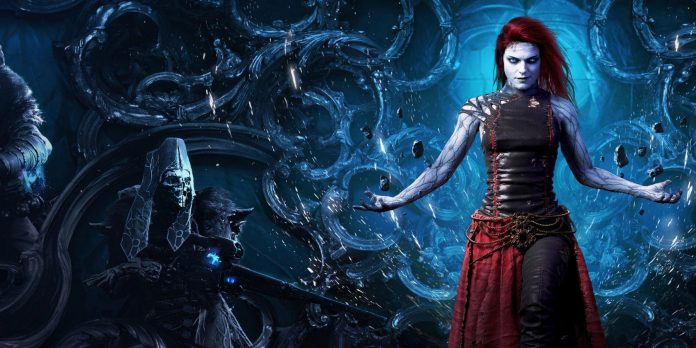 Outriders: Worldslayer is the first add—on for the third-person cooperative shooter Outriders. The upcoming expansion will feature a lot of new content for players, regardless of whether they are newbies or veterans of the Outriders world. Last November, the game launched the free update “New Horizons”, which made a lot of big changes to the game, but Worldslayer hopes to make even more important changes.

The basic Outriders game can be obtained as part of the Game Pass, but those who are interested in expanding will have to pay for it. While Outriders: Worldslayer is in early access, its full launch will take place in less than 24 hours, and we hope that most of its bugs will be fixed. With the advent of a lot of new content, it’s worth taking a look at what exactly players can expect by purchasing an extension.

Outriders: Worldslayer — what to expect

The biggest addition that will be made for Outriders in the upcoming expansion is an additional 6-12 hours of campaign content. Outriders: Worldslayer begins after the events at the end of Outriders, as players will face Ereshkegal, the true leader of the rebel faction. She is a formidable opponent, and players will need to defeat her before she can carry out her destructive plan for the human population of Enoch. During their quests, players will be able to explore a completely new area of the hostile planet Enoch, covered with snow and ice and often visited by terrible blizzards. In this new area, Outriders will also face new types of enemies on their way to defeating Ereshkegal.

To help them on their adventures in the new cold realm, the Worldslayer add-on offers players almost 100 new legendary weapons and equipment that they can find and equip. Among the new equipment will be two new sets of legendary armor for each of the four classes of Outriders. The maximum level of equipment has also been increased to 75, and when equipment drops out, there is a chance to include a third modification slot in it so that players can maximize its potential.

New faces in the land of Enoch will not have to worry about completing the maximum level in Outriders, as People Can Fly offers character upgrades for those who purchase the Worldslayer expansion. Those who want to dive into the action right away will be able to use character upgrades and create characters that will immediately start from level 30.

Outriders: Worldslayer will also introduce several new ways to further customize and enhance their characters. The PAX skill tree is one of the new development paths in which two new subclasses will be added, bringing the total number to four — Devastator, Pyromancer, Technomancer and Trickster. Next to the PAX tree is the “Path to Ascension”, which can be unlocked for 200 points. This skill tree takes the experience gained after players reach level 30 and provides them with additional customization options to enhance their character’s strengths.

In addition to the new story content and personalization methods, there will be new endgame content that will give Outriders fans more reason to think. After completing the story of the Killer of Worlds, players have the opportunity to pass the “Tarja Gratar Test”. There is a “choose your own adventure” type of dungeon in this challenge, where Outriders can choose from various branches of paths to advance through the dungeon and get loot. Trial of Tarya Gratar will also offer “target loot” by offering players the few remaining pieces of gear they need to complete certain sets of gear they own.