Home Celebrity What to expect from episode 4 of the CW series? 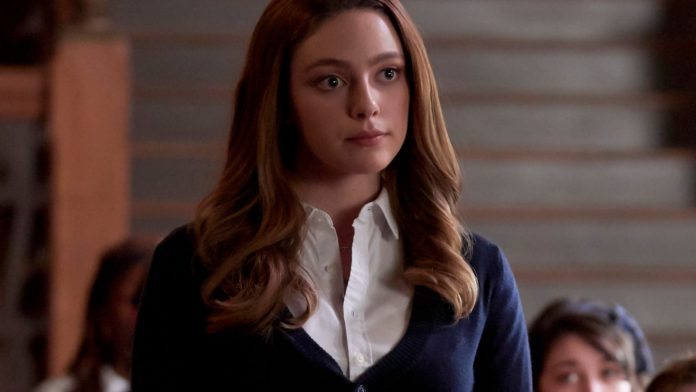 The CW broadcast on February 4 the episode that all Legacies fans have been waiting for since season 2, “Salvatore: The Musical”, as a way to pay tribute to the main characters of the original series The Vampire Diaries.

Without a doubt, the last episode of Legacies represented a musical journey through the history of Salvatore that allowed the distraction of the students of the school and made the place the most indicated for Hope (Danielle Rose Russell) to reveal her feelings towards Landon (Aria Shahghasemi).

After the previous broadcast, The CW released the trailer for the fourth episode of season 3 of Legacies, which is titled “Hold On Tight”, which was directed by Jeffrey Hunt with a script written by Brett Matthews.

The CW is scheduled to air episode 4 on February 11, 2021 at 9 p.m. with an argument described by the channel as follows:

“Welcome to Team Monster. The Super Squad unites after the Necromancer’s next move (guest star Ben Geurens) unleashes more than anyone expected. Meanwhile, an encounter with Ethan (Howard) reminds Josie (Bryant) why she doesn’t trust herself with magic. ”

The next episode of Legacies will return once again with its riveting plot, and the stars taking their roles again, including Danielle Rose Russell as Hope Mikaelson, Jenny Boyd as Lizzie Saltzman, Kaylee Bryant as Josie Saltzman, Quincy Fouse as Milton “MG” Greasley. and Aria Shahghasemi as Landon Kirby, among others.

Legacies Season 3 Episode 4 Trailer
Legacies is the fictional series that is set at The Salvatore Boarding School for the Young & Gifted, and within the universe of The Vampire Diaries, charged with telling the story of a new generation of supernatural students while learning what it means to be special in a society that would not understand their gifts.

Recall that Legacies was officially renewed last week by The CW for season 4, so the fan-favorite fiction series has many stories left to tell in the next episodes.

James Corden and Simon Cowell compete for One Direction