Home Entertainment What to Expect from Disney and Marvel Games Showcase 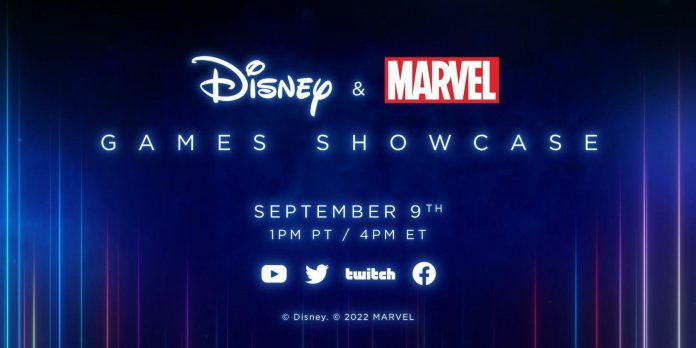 In what came as a surprise announcement leading up to D23 next month, it has been revealed that a Disney and Marvel Games Showcase will be airing on September 9. D23 was already shaping up to have an exciting expo scheduled with all the content and media that has been announced for the future, but having a dedicated games showcase suggests that its gaming content is significant enough to require an exclusive presentation.

The Disney and Marvel Games Showcase is fantastic for gaming fans as it is dedicated solely to the interactive medium, instead of having fans comb through the wholesale D23 Expo for news specific to gaming. Only a handful of developers, publishers, collaborators, and their games have been confirmed for the showcase, and a lot is left to speculation when it comes to predicting who or what else may appear. That said, there are still several properties or titles fans can expect based on what has been previously announced.

RELATED: Amy Hennig’s Marvel Game is an Ensemble, Not Focused on a Single Hero

Everything Already Confirmed for the Disney and Marvel Games Showcase

Fans can expect guaranteed announcements from Disney and Pixar Games, Marvel Games, Lucasfilm Games, and 20th Century Games, as per the Disney and Marvel Games Showcase’s original reveal. The showcase is set to include news of some sort for titles such as LEGO Star Wars: The Skywalker Saga, Marvel’s Midnight Suns, Disney Dreamlight Valley, and Skydance’s “ensemble” Marvel game.

LEGO Star Wars: The Skywalker Saga has already been released, and will therefore probably have DLC revealed for it. Otherwise, there are several games that have been announced in a brief teaser or logo reveal that could potentially appear at the Disney and Marvel Games Showcase. Looking at the slate of developers, publishers, or collaborations that have already been mentioned, there are a few hints about what other IPs and titles to expect. 20th Century Games’ umbrella oversees titles such as Aliens: Fireteam Elite and a previously announced but untitled game in the Aliens IP, both of which could make an appearance.

Likewise, it would be unsurprising seeing Disney Dreamlight Valley occupy much of the showcase, though the showcase’s length is currently undisclosed. Either way, many surprises and announcements are sure to follow the games that have already been confirmed to appear, but the most highly anticipated titles are likely going to come from Star Wars and Marvel.

RELATED: Rumor: Marvel’s Spider-Man 2 Co-Op May Have Been Confirmed

Star Wars’ IP has had a complicated place in gaming lately. Like any franchise with interconnected, branching media, there are some entries fans like and some they dislike. However, the Star Wars IP is unfortunately bogged down by two recent blunders in games: Star Wars Eclipse and the Star Wars: Knights of the Old Republic remake.

Star Wars Eclipse’s predicted release window of 2027 or 2028 is due to overwhelming internal challenges, all while developer Quantic Dream also receives backlash related to founder David Cage. In other unfortunate news, the remake of Knights of the Old Republic has recently imploded with development directors having been fired and its expected release window being pushed back by a few years as well. The latter game is seemingly in more trouble than the former, with rumors that it may even be canceled. Therefore, there is little reason to expect Star Wars Eclipse or Knights of the Old Republic at the showcase.

In the midst of terrible news for Star Wars fans, Respawn’s own efforts within the IP may be the success story that EA and Disney need. Respawn had massive success with Star Wars Jedi: Fallen Order, which led to a sequel being greenlit thereafter. That sequel, Star Wars Jedi: Survivor, has now received a cinematic teaser and a release window of 2023, making it the no-brainer choice for Disney to feature at next month’s showcase.

Whether Star Wars Jedi: Survivor is shown or not, Respawn could also offer some sort of reveal for its Star Wars FPS or its Star Wars strategy game. Moreover, Ubisoft and Lucasfilm Games’ open-world Star Wars game is also on the table, making the Disney and Marvel Games Showcase particularly exciting for Star Wars fans.

Marvel Games Could End the Showcase with an Insomniac Announcement

Instead, the biggest question mark lingering around the showcase is its tease of Skydance’s Marvel game. Only a “sneak peek” will apparently be given, but it has also already been confirmed that it is an “ensemble” game, meaning that a team of superheroes may be playable.

This has led to plenty of speculation about what Marvel affiliation Skydance will tackle, whether it is the Fantastic Four, X-Men, or another beloved group. Still, Skydance’s sneak peek may only be a logo teaser and not include anything substantial, and fans should be prepared to temper their expectations. Marvel’s outing at the Disney and Marvel Games Showcase is already looking indomitable with Skydance’s appearance, but there are other incredibly exciting Marvel games that fans may also look forward to seeing at the showcase.

Insomniac Games has two foundational titles in the works at Marvel, with Marvel’s Spider-Man 2 expected to release in 2023 and Marvel’s Wolverine expected later in the future. It is far more likely that Marvel’s Spider-Man 2 makes an appearance due to its 2023 window, even if only a character reveal or short cinematic is offered. Between Star Wars gems, broad Marvel media, and other Disney content, the showcase certainly seems worth watching.

Stray Kids: Everything We Love From Red Lights’ New MV