Home Entertainment What to do with all your bells when you are the richest... 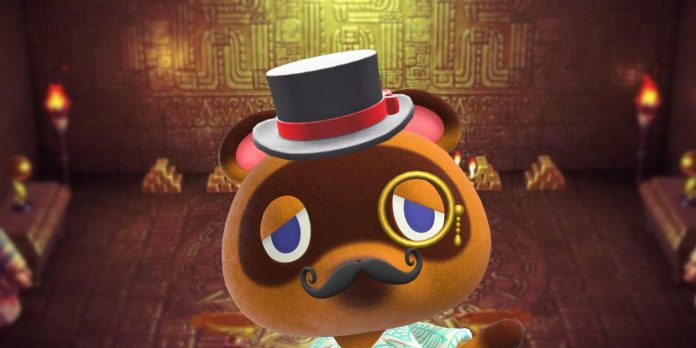 With some Animal Crossing: New Horizons having their islands for over two years now, many players have become serious bellionaires. Once players have paid off all of their home loans and unlocked everything there is to unlock, amassing Bells is fairly easy to do. With nothing left to unlock, though, many players may be wondering exactly what to do with all of those hard-earned Bells.

Animal Crossing: New Horizons offers players many different ways to earn Bells, the in-game currency. Players can sell items they craft, fish and bugs they catch, and fossils they find. They can also invest in the Stalk Market with Daisy Mae. Some players can even earn Bells by using non-affiliated websites to trade villagers and items, or use glitches in ACNH to make Bells fast. As far as spending Bells goes, there are countless opportunities for that.

Related: How Big Animal Crossing Islands Can Actually Get In ACNH

Many players, especially those who have not restarted their islands in a while, have accrued a sometimes ridiculous amount of Bells and may be wondering exactly what they are supposed to do with them now. Being the richest villager in Animal Crossing: New Horizons isn’t easy, but there are definitely ways for players to use up some of their wealth. Some of these are more obvious, while others can be a bit more creative.

One of the easiest and most generous ways that a player can spend their Bells in Animal Crossing: New Horizons is by giving them away. Many players who haven’t been playing for as long still have loans that need to be paid off, infrastructure that needs to be built or could use the Bells to upgrade their home in ACNH. Players with an excess of Bells can always be generous and help out players who aren’t as far along with their island.

For players looking to give Bells away, there are many avenues to do so. Places like Reddit and Facebook have groups of players of all kinds that are either looking for Bells or looking to give them away. Players can also join special Animal Crossing Discord groups and host giveaways there. Sharing the wealth and helping other players make their islands more complete is a fantastic way to use extra Bells.

Related: Crafting In Animal Crossing Was The Wrong Call

Animal Crossing: New Horizons even added a new item in Update 2.0 called the Donation Box. Players can put this item on their island and other players can use it to donate Bells to the host. The exploitable Donation Box in ACNH is an easy way to make sure things don’t get lost in the shuffle and allows players to help one another out with bridge payments, incline payments, or even a new expansion on the receiver’s home.

ACNH Players Can Use Their Bells For Renovations

Players who have an excessive amount of Bells in the bank account and are feeling burnt out with their current island have another, more tedious option as well. If they are feeling particularly ambitious, players can always flatten their current island and completely rebuild. This is also a great way for players to try something new with their island or change up their island’s theme in ACNH, even to something obscure.

For those players who have yet to try this and do not know where to start, it’s a fairly simple but time-consuming process. In order to flatten their island, players must remove all of the items they have placed around, move all of the houses and buildings out of the way, and demolish any cliffs and waterways. The Bell-spending comes into play in two parts.

First, as players flatten their island and need to start moving buildings and demolishing bridges and inclines, there is a fee. Players pay around 10,000 Bells per transaction, depending on what the player is moving or demolishing. If a player currently has the maximum amount of bridges and inclines (10 each), this will total 200,000 Bells. Moving each building once will cost a total of 148,000 Bells. Tom Nook makes serious money in ACNH off of players, but for those who have been playing Animal Crossing: New Horizons for a while, this is mere pocket change.

Once players start to rebuild their island, Bells can easily be spent quite quickly. If a player adds the maximum amount of inclines and bridges to their island using one of the most expensive models, they will spend a grand total of 4,560,000 Bells. This does not include moving buildings back around. Flattening and rebuilding an island is a great way for a veteran player to reinvigorate their love of the game and spend their hard-earned Bells.

ACNH Players Can Spend Their Bells By Filling Their Catalog

If players of Animal Crossing: New Horizons don’t want to redo their entire island in order to spend some Bells, cataloging every item in the game is another great way to do it. New Horizons has over 9,000 items available in the game with many items added in the ACNH 2.0 Update. If a player wants to have every item cataloged, many of them will have to be purchased. This will take a lot of time and Bells to complete. It also comes with its own hurdles, as unless players have Nintendo Switch Online, it will be hard to locate different variations of items.

When In Doubt, Players Can Always Restart ACNH With No Bells

Players in Animal Crossing: New Horizons who have more Bells than they know what to do with and are growing burnt out in the game have another option – they can always completely restart. In order to do this players will have to delete their game’s save data on their Nintendo Switch. In doing so, they will lose absolutely everything.

Related: How Many People Are Still Playing Animal Crossing: New Horizons In 2022

While technically players are not spending their Bells in this case, they are getting rid of them and starting over; however, there are mistakes player’s should avoid when restarting ACNH. This can be a refreshing change and many players have already done this at least once. If a player still wants to restart but remember their old island, they can always upload a Dream Address first and visit that dream when they are on their new island.

Animal Crossing: New Horizons players have had over two years to accrue massive amounts of Bells and some are struggling to figure out what exactly to spend them on. Players have multiple options when it comes to spending Bells, whether it’s helping out others, cataloging items, or restarting their island completely. Until the next iteration of Animal Crossing is released, players will have to get creative with their Bell-spending.

World of Warcraft: Mount Slug has Finally Appeared as a reward...