Home Tech What To Do If Your Apple Watch Gets Wet 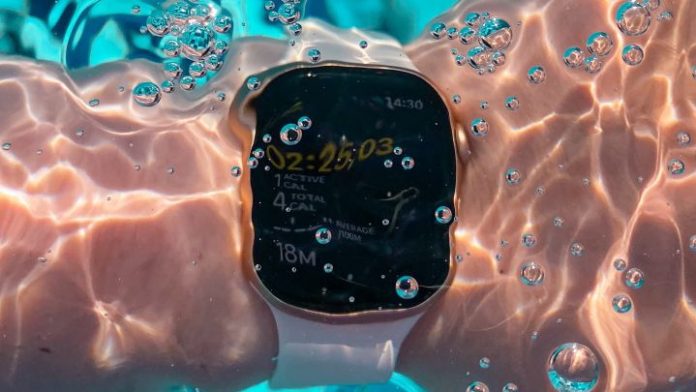 Apple Watch: The combination of water + wearables has always been disastrous. But let’s put ourselves on the worst for a moment: you wear your Apple Watch and you have bathed with it, or you have been splashed or fallen on a surface full of water -sink, water, bathtub-, what do you do?

The Apple Watch is waterproof, but it is not waterproof. For example, you can wear and use the watch while exercising (it can be exposed to sweat), in the rain, and while washing your hands. As for the resistance, it depends on the model you have:

– Apple Watch Series 1 and Apple Watch (1st generation) are resistant to water and splashes, but submerging is not recommended.

What to do if the Apple Watch gets water

According to Apple, if the Apple Watch has gotten wet and the speaker isn’t sounding properly, you shouldn’t insert anything into the openings, such as the microphone or speaker ports. Also, do not shake the watch to get the water out. According to Apple, “let the Apple Watch charge overnight”, because that “could accelerate the evaporation process” by heating up the terminal.

On Apple Watch Series 3 and later, barometric altimeter measurements may be less accurate if water reaches the air outlet (for example, while swimming), but “normal altimeter performance returns once the water has evaporated ”.

New Information About the European Prices of the Xiaomi 12 Series,...