Home Entertainment What the upcoming Gundam: The Witch from the Mercury prologue will tell... 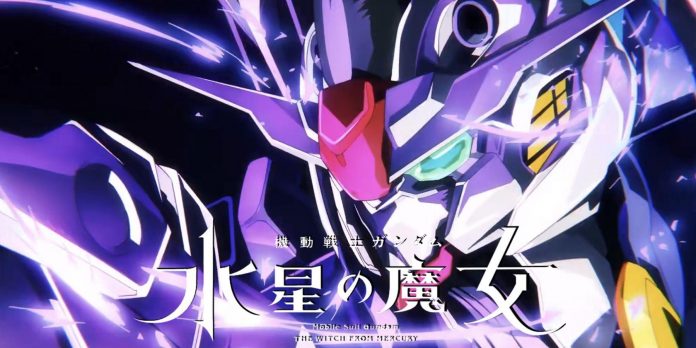 After more than 5 years since the release of the last episode of Mobile Suit Gundam: Iron-Blooded Orphan, we finally got a new major series called Mobile Suit Gundam: The Witch From Mercury. As we get closer to the release date, we are exchanging tons of information, and the excitement that fans are experiencing about this new series is higher than ever.

Gundam Release: The Witch From Mercury is scheduled for October 2022. Nevertheless, Sunrise decided to take a little look into the history of this new series in the form of a prologue episode back in July 2022. In Japan, this prologue can be viewed at Gundam Factory Yokohama, and in the USA it debuted at Comic Con in San Diego. Those of you who haven’t had a chance to watch this prologue can rest assured because it will be available on various streaming platforms, including the official Gundam channel on YouTube in September 2022. But if you’re still curious about the content of this prologue, here are some things it tells us about the upcoming Gundam: Witch From Mercury.

Various factions in “The Witch of Mercury”

In the world of Gundam: The Witch From Mercury an Earth research organization called the Vanadis Institute has successfully invented a technology called the GUND format. This invention made it possible to create a more advanced version of prosthetic limbs, which allowed users to easily control the prostheses with the power of thought, just like the movement of an ordinary limb. Vanadis employees believe that this is a technology that will allow humanity to live safely and productively in space. After all, the human body is designed to live on earth, so it needs something like GUND technology to empower our body to thrive in space.

At first, the public rejoiced at the invention of GUND technology. However, their perception begins to change when the Vanadis Institute is acquired by Ochs Earth Corporation. Vanadis needs funding for the next phase of their research, and in return, Ochs Earth asks them to develop a weapon much more advanced than anything that existed before that day, using GUND technology. The result of this joint venture is GUND-Arms, also known as Mobile Suit GUNDAM.

Unfortunately, piloting a Gundam turns out to be not only difficult, but also incredibly dangerous. In the end, unlike controlling a simple human limb, connecting the mind of an ordinary person to control an 18-meter Gundam will inevitably create an extreme load on the brain, which led to numerous deaths of those who tried to be a Gundam pilot.

Seeing that both Vanadis and the Earth Orcs would not stop in their Gundam research and development despite the death toll, the Mobile Suit Development Council decided to create a watchdog organization called the Cathedral. However, without their knowledge, the Council immediately took violent action against one of the main research areas of Vanadis, where Gundam is being developed. As soon as the council announces the creation of the Cathedral to the public, they immediately move forward to destroy the research center along with everyone who is in it.

The role of the Gundam

In The Witch of Mercury, Gundam is indeed a product of advanced technology unlike anything the world has ever seen. Some are afraid of his existence simply because he might kill his own pilot. On the other hand, some people have high hopes for the GUND-Arms technology, because its use will provide so much valuable data and open up so many opportunities for the development of a real GUND-Format technology that will allow humanity to use the opportunities to live in space.

At the end of the Prologue, the Cathedral manages to destroy the most important department of the Vanadis Institute, its researchers, two Gundams and all the research data they have on board. However, a brand new prototype called Gundam Lfrith manages to escape with one of the main Vanadis researchers, Elnora Samaya, on board. On the way out, Lfrith manages to push the attacking mobile suit away from the Cathedral, so they know how dangerous the enhanced Gundam can be.

That is why it is very likely that the main storyline of the “Witches from Mercury” will be associated with a large-scale hunt for this elusive Gundam. And with the permission of the Mobile Armor Development Council, the Cathedral will do everything in its power to destroy any traces of Gundam technology. On the other hand, it looks like Elnora will continue researching the Gundam Lfrith in a secret location to fulfill the dream of her fallen comrades, including her husband.

The origin story of the main character

As mentioned earlier, using all the features of the Gundam is almost impossible due to its nature, which greatly loads the pilot’s brain.

Resident Evil: Welcome to Raccoon City | They Confirm That They...