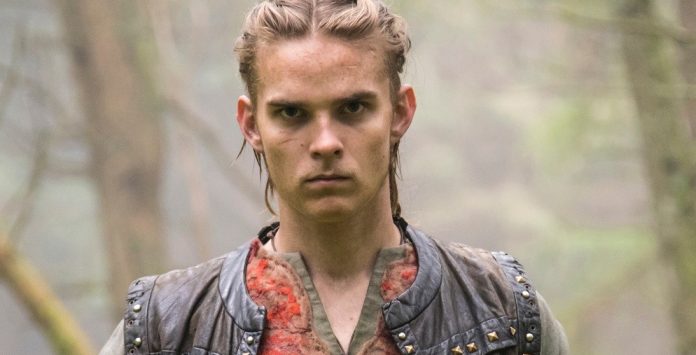 The conversion of Hvitserk (Marco Ilsø) to Christianity in Vikings and the name change to Athelstan is a fitting conclusion not only for Hvitserk’s arch, but also for Ragnar Lothbrok’s.

Ragnar planned his own death as part of a larger strategy to fulfill his dream of securing the land for the Norse. They rallied the Great Heathen Army and launched an invasion that ended with the city of York secured as a new Viking stronghold.

After Hvitserk (Marco Ilsø) experienced that triumph alongside his siblings, he wasn’t sure what to do next. At a crucial moment, he decided to stay in York with Ivar rather than return to Kattegat with Ubbe (Jordan Patrick Smith).

This choice marked the beginning of Hvitserk’s journey in Vikings. He eventually lost both of the women he had relationships with, developed a drug addiction, and was exiled from Kattegat for accidentally killing Lagertha (Katherin Winnick).

In Vikings season 6, Hvitserk laments that he never achieved greatness in the same way that his father or his siblings did, but his eventual conversion to Christianity is a vital part of Ragnar’s legacy.

Although Athelstan (George Blagden) was killed in Vikings season 3, he never left the show. In addition to appearing in the characters’ visions and dreams, he influenced Ragnar until the end of his life.

Athelstan was such an important part of Ragnar’s life that Hvitserk, taking the name Athelstan, honors Ragnar as much as Ubbe exploring North America, or Bjorn protecting Norway from invaders.

A baptism is a symbolic way of cleansing someone of all past sins from him to give him a fresh start, so by being baptized, Hvitserk can leave behind the person he was and become someone new to Vikings.

See Also
Why Ragnar and Lagertha shouldn't stay together