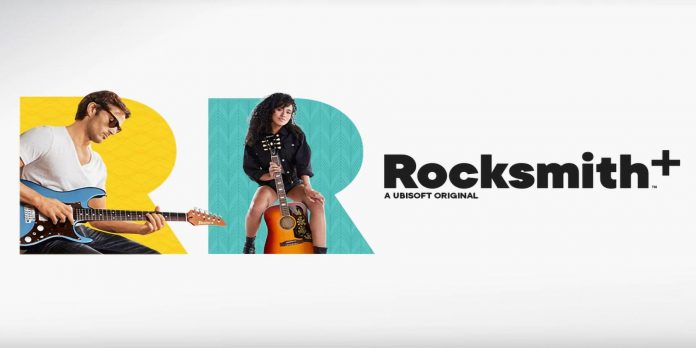 Rocksmith has really revolutionized how people can learn to play guitar and bass by allowing them to play games, learn songs and understand all the subtleties of instruments. This new way of learning has prompted many new musicians to pick up the guitar and bass and help them understand how to play these instruments. Now that Ubisoft has confirmed Rocksmith+, many fans are hoping that the next installment will include some of the features they requested to improve the game.

After the release of the first two games in the Rocksmith series, there is now a large list of songs, as well as improved methods of teaching the necessary skills. Rocksmith+ now has the ability to enable all these features and improve existing modes that can help players master their instrument more effectively, making the game fun and encouraging creativity. With improved features, new additions, and a large song library, Rocksmith+ could be the next big game that encourages people to learn a new instrument or master basic skills on the one they play.

With current Rocksmith systems, the game has the ability to expand its compatible instruments to include more than just guitar and bass in Rocksmith. Thanks to the way songs are taught in Rocksmith, both keyboards and vocals can be included in the game. The inclusion of vocals should be a necessity, as it will allow players to play the instrument and sing, training a vital skill that musicians must master. It can also improve the player base and allow for closer collaboration between players to create unique songs using Rocksmith.

Video tutorials are a great way for musicians to learn new concepts and songs while continuing to expand their basic knowledge of music. Providing video tutorials in Rocksmith+ will help players learn, as well as understand whether they are positioning their hands incorrectly or not using the best finger for a particular note. An expert walkthrough of the lesson can also show players good practices and can teach them posture, hand positioning, and best practices to improve the game and help Rocksmith players master their instrument more effectively.

Now that Rocksmith has two games with different music libraries, Rocksmith+ has the ability to provide a huge library that includes all the songs released in earlier versions. Players criticized the limited list of available songs and DLC, which did not add enough content to each base game. After the confirmation of Rocksmith+, fans hope that the game will include all the songs that were featured in the series, as well as ways to import songs that were not included.

Since Rocksmith’s biggest criticism in the past has been the lack of depth in the song list, the game also has the option to give players the ability to create their own tracks. It would be a great way to teach players how to write songs and record songs, expanding the community by allowing different players to upload custom content. It’s also a great way for players to increase the list of songs, and for musicians it’s a great way for others to hear their songs. Rocksmith+ should give players the opportunity to be creative, as it is one of the best ways to learn and understand the tool.

One of the best features of Rocksmith is the session mode, which allows players to play and experiment with various amps, guitars and effects. However, enabling certain features to increase the impact that this mode can have can improve performance. Giving players the opportunity to jam with others online, the ability to record and save their sessions, as well as providing new pedals, amps and guitars that players can download, can make Session Mode one of the best modes on Rocksmith+.

All these improvements and additions are necessary in order for Rocksmith+ to be considered a step forward compared to the previous games in the series. With a large catalog of songs, the possibility of adding new instruments and encouraging more interaction within the community, the game could take to a new level the revolutionary teaching method that helped the series gain popularity for the first time. There are many ways that Rocksmith+ can use to demonstrate improvements, and their actions can help both new and current musicians improve their playing skills on their chosen instrument and provide them with a space to express themselves through music.

Rocksmith+ is scheduled for release in 2022 for mobile devices, PC, PS4, PS5, Xbox One and Xbox Series X|S.

Far Cry 6 And Rainbow Six Quarantine And More Will Be...