On a tighter than expected night, the United States closed the day of its most tense elections in decades without a clear result and the final verdict could take days or even weeks to be known.

All because there are still nine states where no clear winner has been projected: Alaska, Arizona, North Carolina, Georgia, Maine, Michigan, Nevada, Pennsylvania, and Wisconsin.

“Donald Trump has already proclaimed victory and accused his opponents of preparing an electoral fraud. However, that is not yet the case,” points out the BBC US correspondent Anthony Zurcher.

“There are still millions of votes cast legally in the recount process,” he recalls.

Indeed, the particular conditions of these elections – held in the midst of a pandemic and with a record number of votes by mail – delayed the count in several states.

And these delays, which were expected, are added to others that result from the time difference and a closed contest in which every vote counts.

But what then do Joe Biden or Donald Trump need to take over the presidency?

Pre-election polls suggested results ranging from a comfortable victory for Biden to a narrow victory for Trump, but a clear win is now completely out of the question.

“Any victory will be narrow. It’s just a question of who, how and how long until we know,” Zurcher said.

“And it will all depend on a handful of states: Arizona, Georgia, Wisconsin, Michigan and Pennsylvania,” he adds. 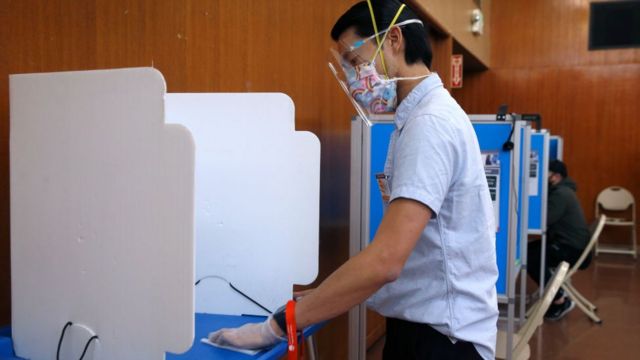 Yakuza: Like a Dragon – Game gets new Release Date

BTS receives a special mention by the Korean Minister of Culture

Samsung’s phone evolution over the years