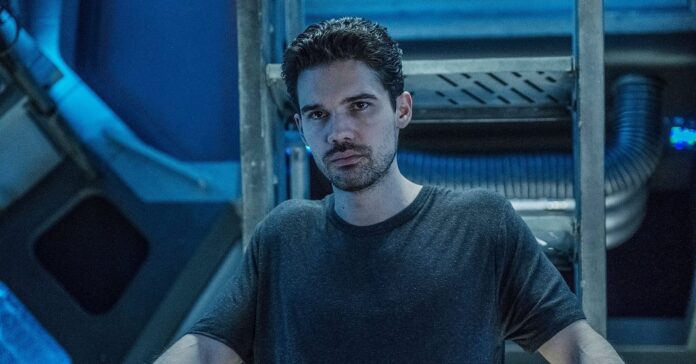 James Holden is arguably the main protagonist of The Expanse, and thus the central figure in the plot. It’s no wonder, then, that he’s the one looking for the Protomolecule.

This is also true for the TV series The Expanse, but now the first episode of season 5 has given an explanation as to why Holden is able to talk and interact with the protomolecule and the ruins of Ilus.

Holden explains in The Expanse that he believes his interactions with Miller created by protomolecules have altered his brain and he can now see strange beings, which he believes are the ones who exterminated the creators of the ring.

The idea that the protomolecule can change human physiology is nothing new. What’s interesting is that Holden from The Expanse is still himself because when Miller’s “ghost” started communicating with him, his goals were not to infect but to guide

In The Expanse, Holden explains why he still has the ability to feel things that others cannot when comparing the ability to fold paper, which retains “creases” even after smoothing it out.

Because Holden positioned himself as neutral in the Earth, Mars, and Belt conflict, and because he has first-hand experience with the protomolecule, he became something of a specialist on the subject in The Expanse.

How weighed! Anastasiya Kvitko shines her heavy toy over there

Jennie BLACKPINK Floods of Blasphemy After being Followed by V BTS,...