Home Crypto What Levels Will Gold See By December? Analyst Forecasts Are Out! 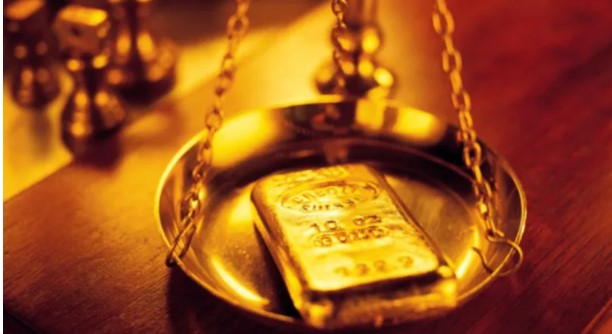 The London Bullion Market Association (LBMA) has recently released its annual precious metals forecast survey. Overall, the report is neutral on gold in 2022. On average, analysts predict gold prices will generally be flat this year compared to last year. The average gold price in 2021 was $1,799 and is expected to rise to $1,802. As Somanews, we have prepared investment advisor Arkadiusz Sieroń’s comments on the LBMA survey and gold forecasts, in his own words, for our readers.

The three most important elements of the performance of precious metals prices this year are the Fed’s monetary policy, inflation and stock market performance. This is a huge change from last year, when analysts considered geopolitical factors, the impact of the Covid-19 pandemic, and the pace of economic recovery to be far more important.

Of course I agree this time because I have always believed that macroeconomic factors are more relevant to the long-term trend in the gold market than geopolitical drivers.

Gold does not need to be damaged during the tightening cycle

Overall, the recovery in inflation, which will keep real interest rates in negative territory, is seen as a tailwind for gold. Some analysts also expect the dollar to depreciate as the global economic recovery accelerates, which will support gold prices. Meanwhile, monetary policy normalization is seen as the biggest headwind for the yellow metal as the Fed’s tightening cycle will increase the opportunity cost of holding gold.

However, markets have likely priced in rate hikes, so gold shouldn’t suffer during the tightening cycle. Last time, the price of gold started to rise after the federal funds rate was increased.

Analysts surveyed by the LBMA also doubt central banks’ ability to raise interest rates as necessary to crush inflation. Instead, they are expected to lag behind the inflation curve. This is because the projected tightening cycle may be too difficult for the asset market and indebted economy to digest, and will be mild and short-lived like last time.

How will gold prices move?

What does the LBMA annual forecast study predict for the yellow metal? The report is neutral, probably because gold is under the influence of opposing forces, which makes it really difficult to forecast this year. Gold has been in a sideways trend lately, so it’s only natural to expect more of the same, the sideways market.

In fact, experts always predict more of the same thing. For example, the previous period’s poll was bullish, as 2020 is a great year for the yellow metal. Thus, analysts’ 2021 average forecast for the price of gold was $1,973.8, almost $200 above the real level. Therefore, please fill out the questionnaire with a pinch of salt. Okay, analysts aren’t predicting a flat market in the literal sense of the word. Forecasts were about averages, but some experts see the first half of the year as more bullish than the second, while others expect the opposite.

In my view that the Fed’s tightening expectations will continue to put downward pressure on gold prices in the coming weeks, I would prefer to include myself in the second group.

However, hawkish expectations probably went a little too far. At some point this year, they will adjust as it becomes clear that the Fed will be forced to lower its tightening pace or even reverse its stance to calm the market and avoid the next economic crisis.

Such an adjustment would be positive for gold prices, especially as it may still occur in an environment of high inflation. However, gold bulls should not forget that there is a long way to go for this to happen.

Red Alert for Bitcoin: It May Fall into the CME Gap!