Home Celebrity What Lady Gaga will bring to Joaquin Phoenix’s “Joker 2,” according to... 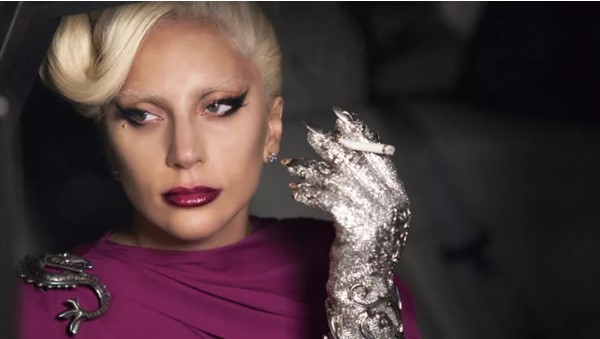 Will she be caught in a “Bad Romance” with the Joker?

Lady Gaga caused a real stir online when she was filmed with Joaquin Phoenix in the upcoming sequel to The Joker 2019. What was even more surprising for the fans was that the sequel would be a musical that would be a completely different approach to the material that we had seen before. The identity of Gaga’s heroine is still officially a mystery, but the hype around this film is already beginning. According to the Joker’s director of photography, the singer/songwriter can bring a lot to the film, which he described in detail in a recent interview.

Cinematographer Lawrence Sher met with The Hollywood Reporter to talk about filming an episodic scene for “Black Adam”, as well as what to expect from Lady Gaga in the long-awaited sequel to Todd Phillip’s “Joker”. Cher said the following about the energy with which the actress could potentially approach her character:

She is perfect for this movie and will create the same magic that Joaquin himself brought. The combination of these two things will be exactly what we hope for, and it’s exciting, and we’ll find magic every day on set. Hopefully we’ll have some madness too. We like it when there is a bit of chaos.

Fans expect a dark musical tone from the film, for which Lady Gaga, in fact, was born. She is not only an amazing singer and performer, but also an incredibly unique and dedicated actress. She brought a dark, gothic vibe to “American Horror Story: Hotel,” which earned her a Golden Globe Award. She transferred this darkness into her murderous role in “House of Gucci” and completely switched to a more sensual role in “A Star is Born.” She clearly has many strengths, and she is an incredibly versatile actress. She will most likely bring this into all the chaos that Joker promises to portray: Folie à Deux.

Details of the plot of “Joker 2” have not yet been disclosed, but preparations for filming seem to be going smoothly. The cast will also include Catherine Keener, Brandon Gleeson and Harry Lowty from Industry in yet-to-be-confirmed roles. Joaquin Phoenix will play the role of Arthur Fleck again, and rumors about who Lady Gaga will play (perhaps Harley Quinn?) will continue to circulate. The release date is set for October 4, 2024, and Todd Phillips will lead the sequel, as will he. with the first movie.

Lady Gaga has been very busy this year, dedicating her musical talents to the soundtrack of Top Gun: Maverick and touring with her 2020 album Chromatica. She never seems to stop working after her breakthrough on-screen performances. I am glad that she is returning to the big screen, continuing to write new music. She is known as a dedicated performer and is likely to be the perfect companion for the Phoenix anarchist.

While we may have to wait a while to see The Joker: Folie à Deux, you can revisit the 2019 Joker, which is currently streaming with an HBO Max subscription. In addition, Amazon Prime subscribers can see Lady Gaga’s last performance at the Gucci House and build theories for themselves about how she will approach her role in comics. For more information about other films that will be in theaters and broadcast in the future, check out our 2023 movie release schedule.

Glen Powell Reveals What Jon Hamm Did for All the “Young...