Home Celebrity What Katherine Heigl regrets about leaving the show 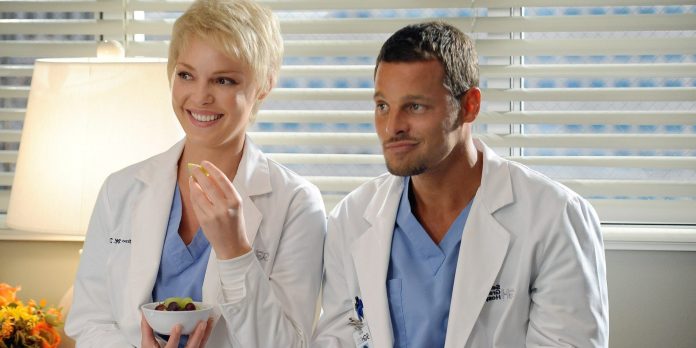 The popular Grey’s Anatomy series has managed to have a large number of characters, some more impressive than others, but what happened to Izzie Stevens and her actress Katherine Heigl that you now regret?

Actress Katherine Heigl was introduced on the first season of Grey’s Anatomy as Izzie Stevens, a new intern struggling to cope with being taken seriously.

Viewers saw her through many ups and downs on the show, including her tempestuous and passionate relationship with Alex Karev (Justin Chambers).

But, the last time viewers saw her physically was in season 6 episode 12, “I like you so much better when you’re naked” when she said goodbye to Seattle.

At the time, Heigl revealed that her departure was only supposed to be temporary, but she discovered that her focus was drifting away from the show. So she now she regrets.

“That was really the turning point for me.

“So before my return, I spoke to Shonda Rhimes again about my desire to leave.

“Then I waited at home until they gave me the formal go-ahead that she was off the show.”

“But I’m sorry for the great drama I was feeling at the time.

“If I had known anything about meditation back then, or had been talking to a therapist or someone to help me overcome the fear that I was immersed in, I think I would have been calmer in how I approached the limits I needed. to create to prosper ”.

In episode 16 of season 16, titled, “Leave A Light On,” an understudy played the role of Katherine Heigl during a phone call with Alex.

Although, it was also part of Alex’s departure story later in the season when he moved in with her and her family in Seattle.