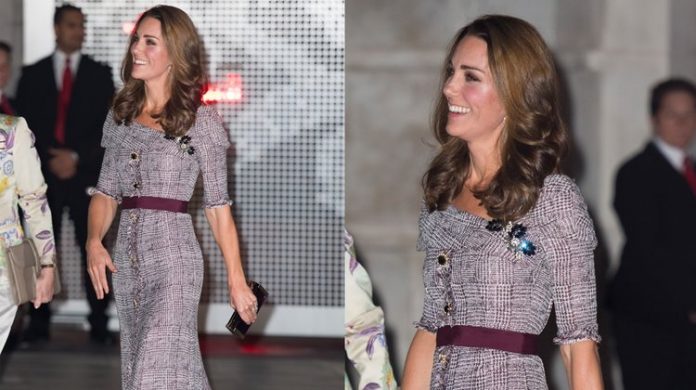 Did you know ? Kate Midleton and her daughter Charlotte share a lot in common. And one of them is very surprising.

The Duchess of Cambridge shares a lot in common with her children. And it is with her daughter that Kate Middleton has the most common passions.

During a visit to Lavender Primary School in North London two years ago now, Prince William’s wife told the students that she shared a lot in common with her daughter. And they are very funny.

In fact, Kate Middleton said she and her daughter had the same culinary tastes.

The young woman then spoke of her love for cooking. A passion that William’s wife passed on to her three young children.

Kate Middleton also said her little girl is crazy about cheese pasta, but if she had to choose between that or the olives, she would go for the olives.

KATE AND CHARLOTTE HAVE THE SAME CULINARY TASTE

“I ate a lot of olives when I was little,” Kate Middleton said when she visited the school in England. William’s wife remembers eating it when she was pregnant with the girl.

“Kate used to tell us how much she and her children love to cook,” recalled one person present when Kate Middleton came. A source told the Daily Mail that the little family loved to cook.

“A child puts the flour, another beats the milk and butter and another makes the salad,” said a source close to the tabloid. “Food is important to Kate and she understands the connection between mental health and exercise,” he says.

Since the birth of Prince George and Princess Charlotte, the Duchess of Cambridge has taken a special interest in organic food. In an interview with Vanity Fair, a member of her entourage explains that the young woman “prepares all the meals for her children. With fruits and vegetables from the garden ”.

“Nothing has materialized yet,” said the source, who indicated that Kate Middleton would like to enter the baby food market. According to the same source, the idea came from his sister, Pippa Middleton.

On the occasion of the PEEK Project, Prince William had given details about meals at home. “Meals are going well depending on what is on the table. If we come up with something the kids love. The dinner is going very well, but if we put something on the table that they don’t want… That’s another story, “the father said.