Home Crypto What is Web 3.0? Evolution of the Internet 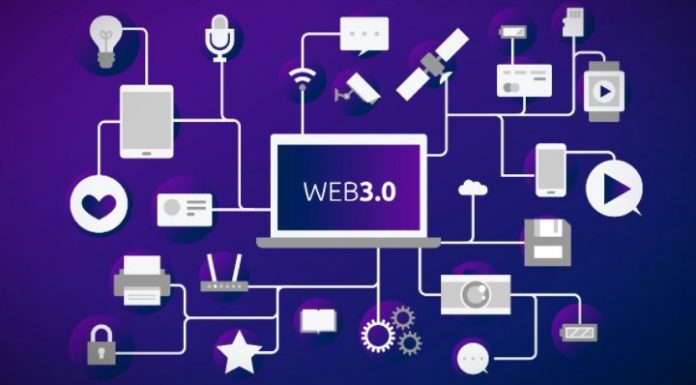 What is web 3.0, which has been on the agenda again recently, although its foundation is old, and what does it aim? Blockchain technology, which forms the basic building block of the crypto asset ecosystem and creates a market of approximately 3 trillion dollars , entered our lives for the first time with the launch of Bitcoin in 2009 .

Bitcoin emerged as a reaction to the traditional financial system with its decentralized structure and limited supply. In the process, Ethereum With the concept of “smart contract” brought by the blockchain, this new technology has evolved in itself. Smart contracts also enabled the development of decentralized finance protocols, creating the DeFi ecosystem. Then the ERC-721 standard gave birth to the unique unique token, NFTs. With Facebook’s announcement that it will carry out intensive work in the Metaverse field by changing its name to “Meta”, this time Metaverse and Web 3.0 started to be talked about. In order to understand Web 3.0 or Web 3, Web 1.0 and Web 2.0 must be understood first.

The concept of Web 1.0 represents the form when the internet first entered our lives. In the Web 1.0 process, there were only very few Web sites and very few resources. In the Web 1.0 process, the internet had a static structure. In other words, the data flow in this process was unidirectional. Users could read a limited number of articles from a limited number of websites on the Internet, but could not write any comments on the article they read. In this process, users could not send messages to any of their friends or relatives and could not easily create their own content. However, despite limited resources, web 1.0 was considered the most secure on the internet, largely due to the immaturity of business models.

Then, with the launch and proliferation of Facebook and Messenger, web 2.0process started. With the establishment of companies such as WhatsApp, Instagram, Twitter, Youtube and Google over time, the web 2.0 process has matured well. In the web 2.0 process, the Internet ceased to be static and gained a dynamic structure. Data flow on the web was now bidirectional. People could research on any subject they wanted from many websites and easily create their own content. With the launch of Twitter, users started to write their own ideas from their social media accounts without having to create a website. Users have the opportunity to share visual content with Instagram, and to communicate easily with their relatives in digital media via WhatsApp. Especially Youtube, which creates wide business models, has gained a lot of importance here. Just a smartphone Every individual with an internet connection and a Youtube account had the opportunity to become a publisher. Millions of people, who might be able to do another job in the absence of the internet, had the chance to showcase their talents and get paid for their talents through this medium.

Along with a series of great innovations provided by the Internet, it has turned into a reality where some negativities have occurred in the web 2.0 process, which everyone now knows and comments on. In the process, the internet was monopolized by no more than 10 technology companies. As almost everyone knows, the business models developed in these channels after a certain period of time were widely discussed. Companies began to earn very high incomes from advertisers by data mining on this closed-circuit internet. Income generated by some personal information has turned into a revenue model for almost every technology company. The Web 3 process, which started to be talked about for the first time in the early 2000s, has recently become an intense focus again.

Although various concepts such as “personalized web”, “semantic web” or “artificial intelligence web” have been introduced over time, web 3.0 is not a materialized phenomenon yet. Web 3.0 In its simplest terms, it represents a process that aims to make the internet a more democratic place with open source applications in line with the decentralization provided by blockchain technology. It aims to give full responsibility to the user, just as it gives the user the control in the same decentralized finance protocols, which aims to make the interaction in the internet environment only peer-to-peer. The web 3.0 process in question is not a transition from today to tomorrow and is a process job. However, it is an important phenomenon that needs to be discussed and ideas developed for the future of the internet.

Examining some web 3.0 projects and learning about their mission is important in order to fully understand this concept, which is based on old but new agenda.

Helium is a decentralized network that enables electronic devices to establish an internet connection without the need for any cables. The native cryptocurrency of the project is HNT. Helium, an open source project, states that the data of the devices connected to the network is protected by encryption method.

Audius, an open source decentralized music platform, aims to establish a fairer revenue model for content producers without the need for intermediaries in the music industry. The native cryptocurrency of the project is AUDIO. The platform already hosts millions of users.

The cryptocurrencies mentioned in this article are not only investment advice, but also used as examples for a clearer understanding of the subject.

Launch of Metaverse and Meme Coins: These 10 are in the...