Home Entertainment What Is The Viral Trend of TikTok “Who Is She?”? 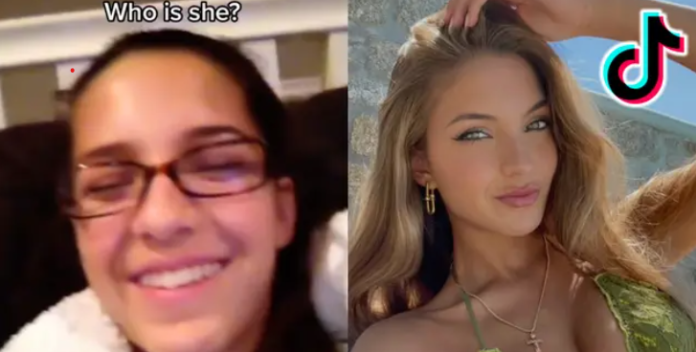 TikTokers go viral by showing off their glow using the “Who Is She” sound that explodes in the app as part of a viral trend.

TikTok’s short video platform is home to countless different trends and challenges, some inspired by the set of filters available in the app, and others by viral sounds and audio that are taking over For You pages around the world.

One of the trends that was especially popular in the second half of 2022 is that users share their glowing images using the “Who is she?” sound that constantly sounds in the app.

The song is written by I Monster, and more than 230,000 videos have been shot with it, many of which are part of the glow trend.

In this trend, users will share an old video or image with the sound of the first “Who is she?” and then the screen goes black for a moment. After that, TikToker will include some more updated videos and images to show how big their glow was.

While many show before and after with a difference of several years, others have used the trend to show more recent transformations, including something like hairstyles, fashion and more.

“I refuse to believe it’s the same person,” said another.

Videos participating in this trend using the “Who is she?” sound collect millions of views and likes on the platform, and many viewers are amazed by the transformations that some TikTokers reveal.

This trend was especially popular during October and November, and it looks like as the weeks pass, interest may increase as more and more users encounter this trend and want to show how they have changed over the years.

How Assassin’s Creed Infinity Can Bring the War of Assassins and...