Home Tech What is ThrottleStop, what does it do, how is it used? 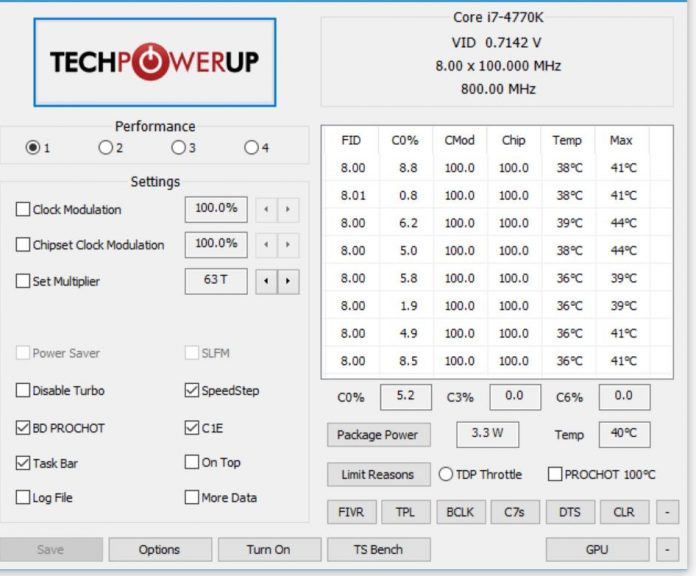 When you connect the laptop to the charger, the system tries to eliminate overheating problems that may occur by limiting the CPU performance, but this will reduce the performance of the computer. Let’s take a closer look at the answers to questions such as what is ThrottleStop, what it is, how it is used, what is designed to solve such problems.

Computer technologies are developing day by day. The problem with the previous model has been fixed in the new model, but users who do not often buy new laptops at this rate are experiencing some problems. The most common among them are CPU limitations. When you connect your laptop to the charger, your processor is limited so that there are no problems with heating, and the performance of the computer is reduced. This is exactly what ThrottleStop was designed for.

ThrottleStop software has been developed to eliminate these limitation issues, especially on older model laptops. Of course, using such software can harm your computer, but you, as a user, must take this risk. With ThrottleStop, you can also control the CPU temperature. Let’s take a closer look at issues such as what ThrottleStop is, what it is for, and how to use it.

What is a throttle valve?

ThrottleStop software, developed by UncleWebb and first published in 2010, is software used to disable the CPU throttling function to prevent heating problems when connecting laptops to charging. With ThrottleStop, you can perform many CPU settings and instantly measure temperature values.

It is recommended to use ThrottleStop software, but it is not known how secure it is. Because it is debatable how correct it is to delete a function that your computer has activated for self-defense. However, it is known that some users have successfully disabled this feature using ThrottleStop, speeding up their processor and even extending battery life.

What does ThrottleStop do?

If you are using an old laptop or even a new laptop, if your laptop has a low CPU, you will feel that it heats up and slows down when you start charging the device. This is a self-defense mechanism of the computer. Many systems have one or all three main types of CPU throttling that allow this feature to be used.

This is where ThrottleStop software comes into play. You say why my computer is slowing down, because I put it on charge, and you remove the limiter by adjusting the processor settings. By instantly monitoring the CPU temperature, you will make sure that everything is in order. You can even extend your laptop’s battery life by tweaking the changes you make to the settings.