Home Entertainment What is the viral 15-hour potato recipe in TikTok? 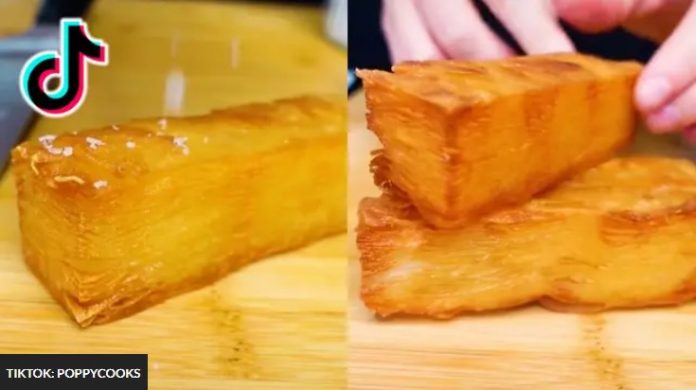 TikTokers love the viral 15-hour potato recipe, and many are trying to recreate a delicious-looking dish. Here’s everything you need to know about it.

The TikTok short video platform is a content hub for a number of different communities on the internet, where users are constantly uploading videos about everything from fashion and beauty to comedy and trends.

Food content is the main product of the platform, where creators demonstrate how to cook their favorite recipes, both new and old, and share culinary tips with viewers.

One of the recipes that has gone viral several times in the app is the dish “potatoes for 15 hours”, published by Poppy O’Toole, also known as poppycooks.

As the name suggests, the overall cooking process of this dish takes about 15 hours, and although the length of time may seem intimidating, the final product is worth it.

The recipe involves slicing potatoes into thin slices, mixing them with melted beef fat, and then spreading the coated slices in layers into a bread pan lined with parchment paper.

Then you bake the potatoes for about three hours until they become soft, after which you squeeze the potatoes with cans or similar objects and put them in the refrigerator for about 12 hours. Then you can cut the potatoes into pieces and fry in a deep fryer or saucepan until golden brown.

Poppy has collected almost three million likes for this recipe, which you can also do by following Poppy’s video and reading her recommended cooking/cooking time in the comments.

Many users reported that they liked this viral recipe, and some even shot their own videos showing their attempts to cook the dish.

Although the recipe first went viral many years ago, it continues to appear on the app over time as more and more people discover Poppy’s 15-hour fries.