Home Entertainment What is the TikTok “frog in my hand” viral prank? 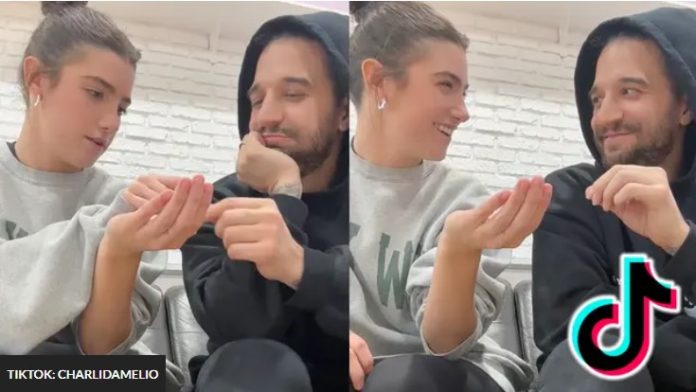 TikTok users prank their family and friends using an imaginary frog, flea or other small creature in their hand, and this trend is gaining millions of views.

Everyone loves good practical jokes, and TikTok has witnessed some of them go viral over the years, with people using anything from fancy sounds to filters and effects to trick their family and friends, resulting in hilarious results.

The latest prank trend that has captured the app is called by some the “frog in my hand” prank. As the name suggests, this involves someone forcing a family member or friend to imagine a small frog, or another tiny creature such as a flea, or a fly in their hand.

They start by telling the other person that they have a frog in their hand and that it is going to jump three times. They move their eyes up and down, “watching” how the frog jumps, before saying that it got too hot and asking another person to hold the frog’s “coat”.

They then watch the imaginary frog jump three more times before asking the other person if they believe there is really a frog in their hand. The person usually answers “no”, to which the one who makes the prank replies something like “then why are you holding his coat?”

Many users have gone viral thanks to their videos in which they tried this harmless prank on their friends and family, gaining millions of views, including social media star Charlie D’Amelio.

As mentioned above, if you want to try this prank on someone, you don’t have to say that this creature is a frog, as different versions of this trend are going viral, including one with a flea and the other with a fly.

The prank continues to gain momentum in TikTok as videos including it are distributed on people’s pages for you.

Original actor as Wilson from the Home Improvement Department (before Earl...