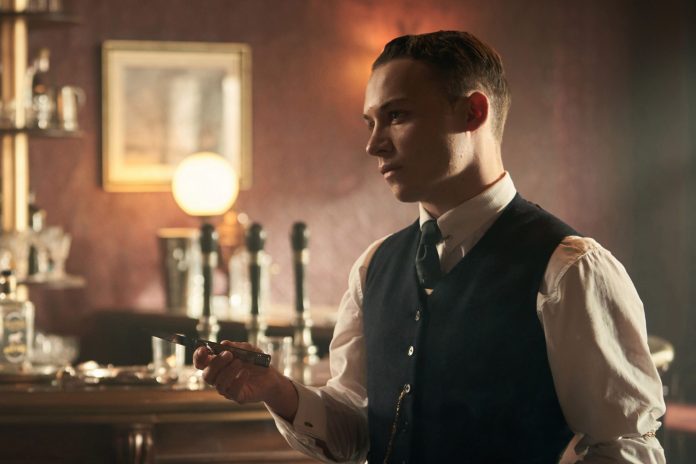 It seems that the head of the Shelby clan will agree in season six, as the spoiler images point to Michael Gray (Finn Cole) being sent to prison for betraying his cousin.

In the season five finale of Peaky Blinders, Michael and Gina were casually expelled from the family fold before Tommy Shelby’s (Cillian Murphy) plot to kill the politician failed horribly.

Some of Tommy’s closest allies lost their lives in the chaos that ensued at the Black Shirt rally after it became clear that the politician was aware of Tommy Shelby’s plot.

New footage from the set of Peaky Blinders season six shows Tommy and Michael arguing in a prison yard. Tommy is dressed in his infamous outfit of a suit while Michael appears to be dressed in prison clothes.

Tommy was able to frame his cousin for the plot after believing that he was responsible for the political figure discovering his plan. In the pictures, the leader of the Shelbys arrives at the prison yard to speak with Michael.

However, the meeting does not go as planned, as another image shows the inmate being held while Tommy walks away. When Peaky Blinders returns, Michael can plead with Tommy and Polly Gray (Helen McCrory) to welcome him back.

These Peaky Blinders footage could show gang leader Shelby revealing to Michael that he was misled and that he has no intention of helping him. Will Michael be exposed as the one responsible for betraying Tommy?