Home Entertainment What Is The Pumpkin Head Trend In TikTok? 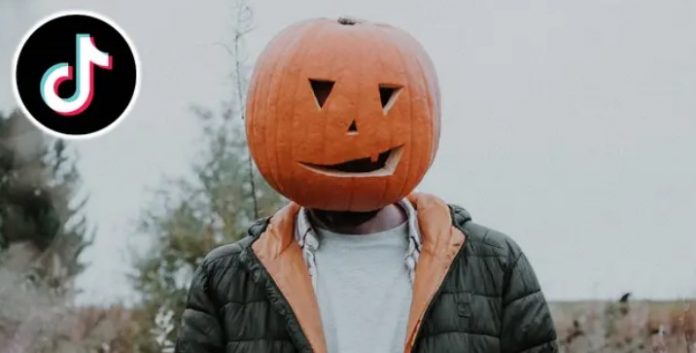 The trend of a viral pumpkin head photo shoot on TikTok is gaining popularity a few weeks before Halloween — here’s everything you need to know about the popular trend and how to take part in it.

Now that October has started, social media users on the internet are preparing for Halloween at the end of the month with a number of different trends, challenges and memes.

TikTok, in particular, is a hotspot for creepy content, and the app has a number of Halloween-themed trends, both new and old, that go viral in the app.

This shoot with my sister was so much fun! #spookyseason #pumpkinhead #pumpkinheadphotoshoot #sisters #fakebloodwarning #halloween #fall #photography #photographer

One old trend that is coming back again this year is a pumpkin head photo shoot. As the name suggests, this involves carving faces into pumpkins with a hole big enough for their heads to pass through and then wearing them on their heads. Then they will do a photo shoot with a pumpkin on their head to take some Halloween-themed pictures.

Users teamed up with their friends and family to take the most creative pictures, transferring their pumpkin heads to different places and experimenting with different poses and outfits.

This trend has been popular on the Internet for a long time, appearing every October on the eve of Halloween, and this year is no different.

Users have collected thousands of likes and views for their interpretations of this trend in the app, inspiring others to do the same.

If it looks like something you’d like to try, joining is easy. Just cut out a large pumpkin as usual, except instead of a hole in the top for the candle, cut a hole in the bottom of the pumpkin big enough to put it on your head. Then do a photo shoot with a pumpkin and upload the final results to TikTok.

Note. Be careful trying this trend and make sure you have a friend or family member with you to help you.