Home Crypto What is the Popular Altcoin Enjin Coin (ENJ)? 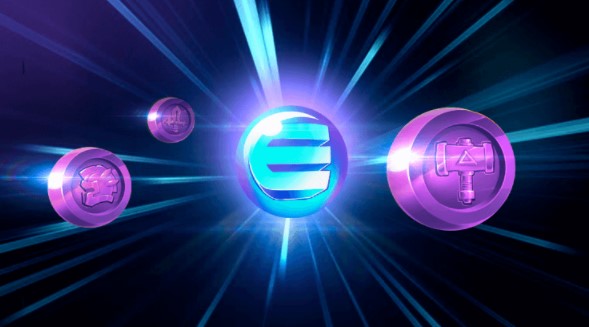 Enjin Coin is a cryptocurrency built on the Blockchain chain of the Ethereum network. ENJ Coin was launched in 2018 by the platform called Inj in Network, which was founded in 2009. Inj in Network brand is one of the popular brands in the gaming world.

What is Enjin Coin (ENJ)?

ENJ Coin, which was released when the supply for ICOs was high, managed to raise $ 18.9 million through the ICO. Enjin Coin is a cryptocurrency used in games. The aim of the project is to earn ENJ Coins by purchasing in-game items, increasing the level in the game and playing the game. The biggest advantage of Enjin (ENJ) Coin over its competitors is that it has been a well-known company in the gaming world for years. In this way, it has succeeded in gaining a place in the market very easily.

ENJ Coin uses blockchain infrastructure to facilitate and make the sale of in-game items sold in games more secure. In addition, users can create, manage, transact and present Blockchain assets to others. In-game purchases with ENJ Coins, as well as in-game rewards, can be converted into ENJ Coins. But first of all, users must have an Ethereum-based wallet.

Launched by Inj in Network, ENJ Coin has reached more than 20 million users in the gaming industry for 13 years. In this way, it is more advantageous than its competitors in any project.

Inj in Network, the owner of Enjin Coin, has made many agreements with big companies such as Samsung and Unity, so we can see ENJ Token, which attracts the attention of the gaming industry, in more games.

Enjin (ENJ) Coin is a highly accessible cryptocurrency. It can be traded on many exchanges. You can also find Enjin Coin (ENJ) on popular and high-volume exchanges such as Binance.