Home Entertainment What is the Mysterious Cave Code in Fallout 76? 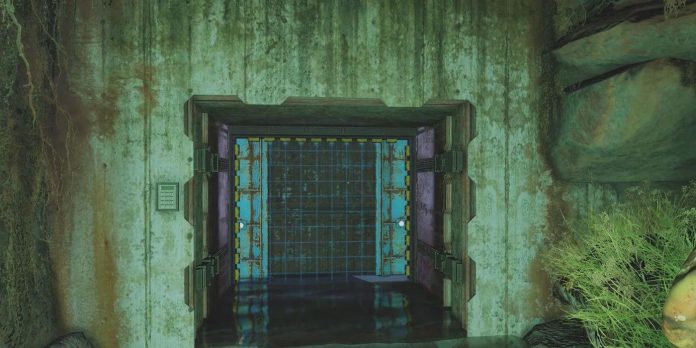 Exploring the northern part of the Bailey family cabin on the Fallout 76 map, players may stumble upon a Mysterious cave, inside which they will find a door and a keyboard. Indeed, if fans hope to enter this door, they will first need to enter the code of the Mysterious Cave of Fallout 76 into this keyboard, and helping players do this is precisely the purpose of this guide.

Unfortunately, there is no quick answer to the question of what is the code of the Mysterious Cave in Fallout 76, because it is randomized for each individual player. So fans have to get the code for themselves, and this is done by collecting six mysterious map fragments from different locations, and then placing them on a board that can be found in Grafton’s pawnshop.

Updated by Hody Jones on July 18, 2022: When this guide originally debuted, it contained a YouTube link to this location. While some players appreciated this direction, other gamers wanted this guide to show them the exact location of each map fragment. Now images have been added showing the exact location of each part so that gamers can find everything they need on one page. In addition, this latest update moves information about what to do with the map and the cave itself to the end. Thus, the information about the code is at the beginning of the manual, which makes it easier to find the code without having to scroll through the hints.

Here is the location of six mysterious map fragments in Fallout 76:

Morgantown High School: next to the broken terminal on the second floor.

Red Rocket Mega Stop: At the station to the southeast on the counter.

Haven Church: On the counter in the hallway.

The General’s Steakhouse: in a bar on the south side.

Uncanny Caverns: On the counter of the welcome building

Museum of the Moth-Man: at the reception desk.

Once the player has collected all the mysterious fragments of the map, he can go to the Grafton pawnshop and visit the apartment located above.

Inside, fans will find the aforementioned board, on which they can place six mysterious map fragments, and then they must turn on the nearest ultraviolet light. This will open the code of the Mysterious Cave, and now Fallout 76 players can return to this place, one of the most popular Fallout locations, and enter it from the keyboard.

What’s in the cave?

As for what players will find after entering the code of the Mysterious Cave, there is an elevator behind the closed door leading to Shelter 79. Added as part of the Nuclear Winter patch released last October, players could not enter Vault 79. until the recently released Wastelanders update, which gave the vault an interior.

Of course, the changes to Vault 79 are far from the only thing to be found in the Wastelanders update for Fallout 76, and there is a lot of new content that players can explore. The content may change again according to how the five-year plan is going.

Fallout 76 is already available for PC, PlayStation 4 and Xbox One.

Marvel’s Guardians Of The Galaxy Reveals Its Plan B In A...