Home Crypto What is the Latest Situation in Tesla’s Bitcoin (BTC) Investments? 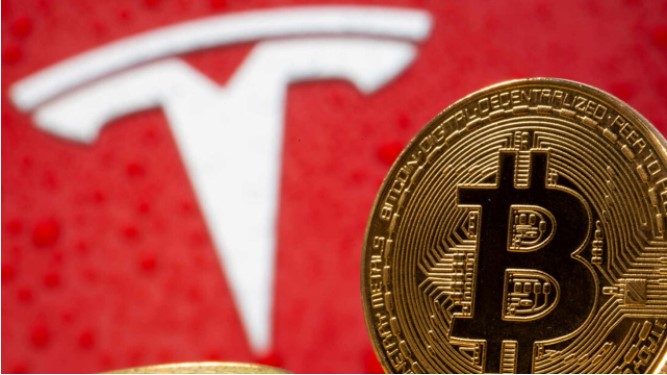 According to the information obtained, Tesla lost approximately $ 101 million in 2021 due to changes in the value of Bitcoin assets. However, it is stated that this loss was not realized because there were no sales.

Tesla, the electric vehicle company headed by Elon Musk, had Bitcoin (BTC) investments worth approximately $2 billion at the end of 2021, according to official records. In annual documents submitted to the United States Securities and Exchange Commission on Friday, the company announced that the fair value of Bitcoin owned by Tesla as of December 31, 2021 is $1.99 billion.

In addition, the documents also state that Tesla sold some of its BTC holdings in March 2021, with a profit of $128 million. In addition, the company bought Bitcoin worth $ 1.5 billion in February 2021.

On the other hand, according to the information obtained, Tesla recorded an impairment loss of $ 101 million in Bitcoin in 2021:

As of December 31, 2021, the book value of our digital assets held was $1.26 billion, reflecting a cumulative impairment of $101 million.

Tesla Sold Some of the BTCs

Tesla sold some of its BTC holdings in the first quarter of 2021, generating a net income of $272 million. Although Tesla withdrew the step of accepting Bitcoin as a payment method in May 2021 due to environmental concerns about BTC, it is also noteworthy that the company still has Bitcoin investment.

According to data from Bitcoin Treasuries, Tesla currently holds around 43,200 BTC. This makes the company the second-largest Bitcoin investor after MicroStrategy, headed by Michael Saylor, with a total holding of 125,000 BTC as of January 31.

Can Bitcoin (BTC) Continue Its Uptrends?

Latest Situation in Cryptocurrency Markets: Is There a Recovery?