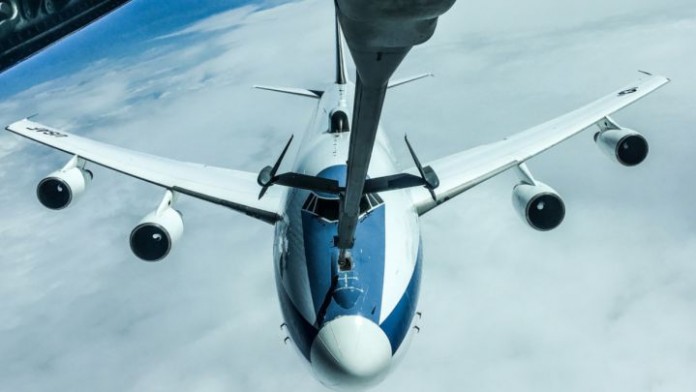 Doomsday Plane: Since on August 6, 1945, at 08:15 am, the Enola Gay made the first use of a nuclear weapon in the history of Humanity when it dropped ‘Little Boy’ on the city of Hiroshima, the entire world entered a new era. One in which all countries wanted to have their own atomic terrors.

Since then two things have become clear: The first is that it would be very unlikely to see a Third World War. The second is that if it did break out, the weapons response of nations would make it the shortest and most destructive war in history, a “war at the speed of light” as Michael Crichton described it in his novel Congo. A war in which the use of nuclear weapons a thousand times more destructive than that of World War II would reduce the entire world to ashes.

The subject of hundreds of works, from official to speculative treatises, movies, series, video games, the nuclear Apocalypse is still as scary as when nuclear/atomic psychosis first broke out in the 1960s with the Cuban Missile Crisis – the world would never know. how close we were to the apocalyptic reality seen in the first two Terminator movies until many years later – and then in the 80s, seeing it reflected in the films, comics and series of the time.

When Russia invaded Ukraine two weeks ago, one of the first hashtags that appeared on Twitter scared the whole world, a world with several generations of human beings who do not know what it is like to live a conflict from within: ‘Third World War’, the third war world. And it is that today almost all nations are nuclear powers, and with the Cold War back again, the reality is that crazy Putin can unleash it if he decides to make use of the ‘deterrent’ nuclear arsenal – a disgustingly ironic word that has always been used to define this type of weapon.

For this reason, the rest of the nations activated their measures, among them a United States that among its executive orders – those taken by the highest authorities and in secret – ordered its Doomsday Plane to start flying again.