Home Crypto What Is The Bitcoin ‘Pikachu Model’ Everyone Is Talking About? 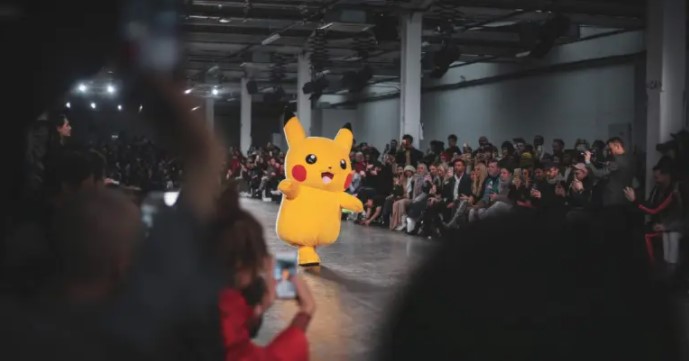 As Bitcoin (BTC) price breached $35,000 on Monday, social media was full of humor about its chart forming a “Pikachu Pattern.” In this article, let’s take a look at the details of the following meme that exploded on Reddit and sparked controversy.

What is the ‘Pikachu pattern’ on the Bitcoin chart?

Crypto journalist Wong Joon Ian referred to a report by CoinDesk on Bitcoin’s chart that creates the Pikachu Model, referring to the need for Bitcoin investors to be “calm.” Joon Ian, who has been a community leader since 2022, calls for Coindesk implicit trust to his 23,000 followers:

The “Pikachu Model” was highlighted by a Reddit user on the “r/cryptocurrencymemes” forum, noting that Bitcoin’s graph resembles the sharp pointed ears of the Pokemon species Pikachu. One Reddit user also joked that the chart shows that people should start investing in video game retailer GameStop or Japanese video game company Nintendo.

Other users argued that the model is similar to Dogecoin. Meanwhile, a Twitter user stated in the tweet below that the Bitcoin (BTC) price has fallen for 73 consecutive days and that investors should wait “a little longer” for the pattern to exactly resemble the previous drop in price for 95 consecutive days.

Bitcoin and other major cryptocurrencies resumed their momentum early Monday after falling with stock markets over the weekend. Investors are worried about how the Fed’s possible rate hikes will affect the markets. The world’s largest cryptocurrency by market capitalization has lost half its value from $68,789.63, the ATH level it reached in November last year. On January 25, the situation is relatively positive. Cryptos in the top 100 by market cap reached double-digit gains. As Somanews reported, Micheal Saylor from MicroStrategy and Nayib Bukele, President of El Salvador, announced that they bought Bitcoin from the bottom.

This Metaverse Coin Announces Big News: Its Price Has Climbed!