Home Entertainment What is the best movie or show of the fourth phase of... 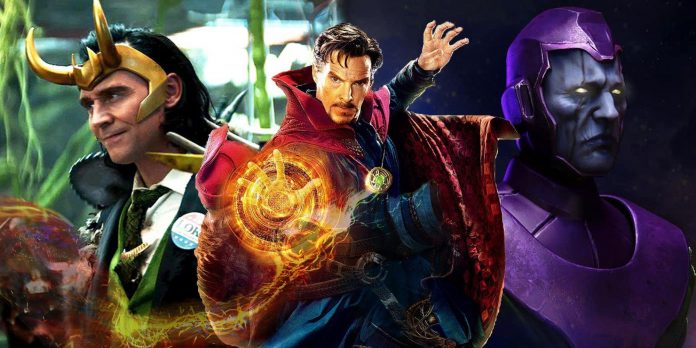 There has been a hot debate raging with fans over the best MCU Phase 4 film or television project. Iron Man’s massive box office success in 2008 kicked off what has become the most successful movie franchise of all time, with comic book heroes Captain America, Thor, Black Widow, Hawkeye, and Incredible Hulk leading the charge and forming a team in 2012’s The Avengers. Retroactively, that initial period was dubbed Phase 1, with each “phase” of the MCU encompassing an overall movement that would lead to a new Avengers crossover. The major threads of the first 3 phases all culminated in the two-part event of 2018’s Avengers: Infinity War and Avengers: Endgame, in which the Avengers had to defeat Thanos after he collected all 5 Infinity Stones and erased half the population of the universe in an event known as The Snap.

Generally, Phase 4 encompasses all the projects in the MCU that take place after the Snap, Iron Man’s death, and Thanos’ defeat in Endgame, with the exception of 2019’s Spider-Man: Far From Home. This phase began in 2021 with the release of the Disney+ exclusive series WandaVision and so far includes the other live-action series The Falcon and the Winter Soldier, Loki, Hawkeye, and Ms. Marvel, the animated series What If…?, and the theatrical films Black Widow, Shang-Chi and the Legend of the Ten Rings, Eternals, Spider-Man: No Way Home, and Doctor Strange in the Multiverse of Madness. The newest Phase 4 entry is the fourth Thor solo film Thor: Love and Thunder, which continued the overall downward trend of critical ratings for Phase 4 by landing the fourth-lowest score of the entire MCU on Rotten Tomatoes.

Related: MCU Has An In-Universe Excuse For There Not Being A Phase 4 Avengers Team

This week, fans have taken to social media to discuss their favorite projects from Phase 4 so far. This debate has perhaps been spurred on by the low rating for Thor: Love and Thunder, which is already on its way to having the second-best opening weekend of the year in spite of its Rotten Tomatoes curveball. While Thor isn’t being listed as a favorite yet because fans still need to see it, many other Phase 4 titles are getting shoutouts as potential top picks. Check out selected fan Tweets on the topic below:

This is a hot take for me because the best Phase 4 movies imo are Shang Chi and that’s it.

NWH slaps but I’m not a fan of its first act and the third act is definitely what brings it home (pun intended), hugely rewatchable movie tho (I’m a Tobey simp) https://t.co/sx01uOHzZV

Shang Chi clears both MoM and Love and Thunder https://t.co/6C4iRSBVaT

Shang Chi, WandaVision, Loki, & No Way Home are carrying Phase 4 of the MCU their backs. pic.twitter.com/NvDO2BNWTQ

Yk what’s even insane? A lot of project in phrase 4 and yet only a few stands out. And those were unexpected project, like Moon knight, WandaVision, Shang chi. Those to me were highlight of phrase 4. Don’t include nwh here because it exceeds our expectations. https://t.co/NFBCvGrTpF

Shang Chi is a gorgeous movie. Still one of my favs in the post-Endgame era of the MCU pic.twitter.com/qqecyBKCKk

Although there are sizable contingents in support of all the films, it seems redoubtable that Shang-Chi is overall the most common fan favorite listed. This is somewhat surprising in the wake of Spider-Man: No Way Home’s hyper-successful box office run, but it is possible that fans who were energized by the crossover between Tobey Maguire, Andrew Garfield, and Tom Holland have cooled on the film as a whole. On the television front, there are far more titles being consistently batted around, but WandaVision seems to have emerged victorious, though Moon Knight remains a close second.

There are still quite a few MCU Phase 4 projects yet to be released in the coming months. This includes the MCU series She-Hulk: Attorney at Law and Secret Invasion as well as sequels to Ant-Man and the Wasp, Black Panther, and Guardians of the Galaxy Vol. 2 alongside a crossover between Captain Marvel and Ms. Marvel. With all the material coming up, it’s possible that a new project could overtake Shang-Chi in time, though at the moment that film’s blend of classic kung fu movie tropes with comic book fantasy seems to be a winning combination that is keeping it afloat above its peers.