Home News What is Staking, How is it done? Here are the details 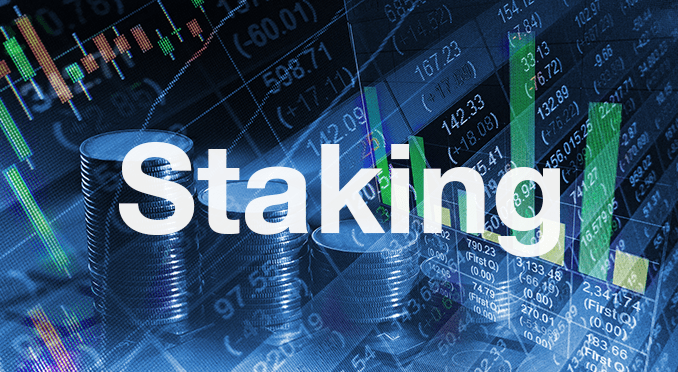 Staking, which is often mentioned by Ethereum and DeFi users, means that cryptocurrencies are locked into the network. Cryptocurrencies staked in wallets cannot be processed within the specified period. Staking is used in networks that use the Proof-of-Stake (PoS) mechanism.

Staking is accepted as a passive income method. It allows investors to profit from cryptocurrencies. With this feature, staking can be compared to interest. Staking works similarly as money deposited into a deposit account increases with overnight interest.

The token, which is kept in the crypto money wallet for a certain period of time, rewards the user at the end of maturity. This reward may vary depending on the volatility the staked crypto currency sees during the staking period. In this case, users may have the opportunity to make a good profit, but also lose.

Confirming transactions is of great importance in blockchain networks. Confirmation of transactions is carried out in the form of mining or staking. Cryptocurrencies such as Bitcoin use the Proof-of-Work (PoW) mechanism, while platforms such as Ethereum 2.0 and DeFi use Proof-of-State (PoS). The PoS system allows users to confirm transactions through staking. New blocks are generated and verified while staking on blockchain networks using PoS. In general, those who stake more cryptocurrency have the chance to become verifiers earlier.

PoS validators are usually chosen based on the amount of coins they stake. Staking is a necessary activity to maintain the security of the network. Stakeholders are encouraged to validate a new block and add new transactions to the network. This increases the scalability and speed of the network. Without staking, many security threatening risks may arise.

Validator: The person who verifies the transactions on the network by staking.

Ethereum 2.0 is among the most well-known staked networks. ETH, which normally uses the Proof-of-Work (PoW) mechanism, is transitioning to the PoS system with the Serenity 2.0 update. Apart from that, it works with many crypto money staking mechanisms such as Cosmos (ATOM), Tezos (XTZ), Algorand (ALGO), Neo (NEO), VeChain (VET), Cardano (ADA), Polkadot (DOT), Synthetix Network (SNX).

In staking, users earn a reward as much as the crypto money they stake. By staking, they verify blocks in the network and have a say in network-related decisions. Awards vary by network.

Staking rewards: Rewards can be calculated in several ways. The network can reward validators as much as the staked coin, depending on the validator’s active time in the network, or a reward system can be created considering other factors. Examples of the rewards achieved by staking include:

Annual rates of return may vary.

What are the advantages and disadvantages of staking?

The advantages and disadvantages of the staking system can be summarized as follows:

How is staking done?

General procedure for staking; The selection of cryptocurrencies that can be staked, downloading the wallet application, learning the minimum requirements for PoS (for example, minimum rate 32 ETH for ethereum 2.0), choosing the hardware device to be used (if desired).

To explain with an example; A user who wants to stake ETH 2.0 must have at least 32 ETH. To be a validator, you must first select a node for ethereum 1.0, then select a different node for ETH 2.0. With the software to be installed on the relevant device, the user can start staking. A high system computer or other device is not required for this process. However, the fact that the device is always online is important for the verification process.

Staking can be done in three ways:

Staking; It has become a matter of preference for many users with passive income, not requiring high system devices and low energy consumption. However, as with everything, the risks of staking should not be overlooked.