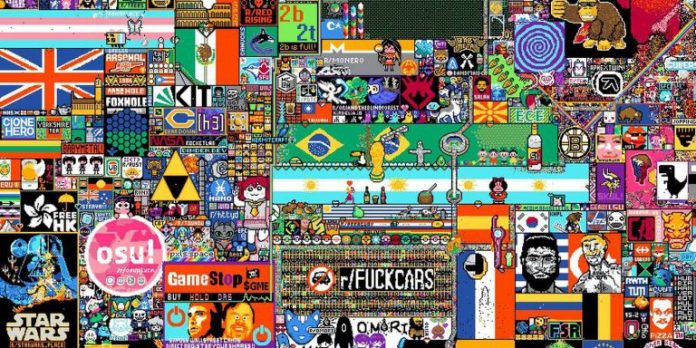 Reddit re-launched its r/place (or Reddit Place) space back in 2022. This is a joint wall where all users can collaborate by placing a pixel inside the canvas and thus generating images, but this year the communities of major streamers such as Ibai, Rubius, Auronplay, Juan Guarnizo and others are unleashing a war against France.

How it works on r/place

Reddit Place is a blank canvas on which time is given to create images through the various communities that make up the platform. The operation is simple and is carried out through simple pixels. You can do anything with them and all this is aimed at forming the final image after a certain time.

All communities on Reddit coordinate their actions and fight for space within this canvas, as each pixel can be replaced by the next indefinitely until Reddit makes the cut.

For this release, several of the largest streamers in Spain and Latin America came together to combine their logos with their community. However, a group of French streamers, using scripts and bots that automate the placement of pixels, built the French flag along with other symbols of their country’s culture.

That’s how the Spanish-speaking communities decided to unite in order to take away space from French streamers; however, with automated tools, this has become an almost impossible task.

The final image of this Reddit Place will be taken at 23:00 Central Mexican time and at 6:00 Spanish time. This event happens every five years, so in order to see such an event again, we will have to wait another five years, during which a new digital battle for a few pixels may take place again.