Home Crypto What is NEAR Protocol (NEAR) Shining Lately? 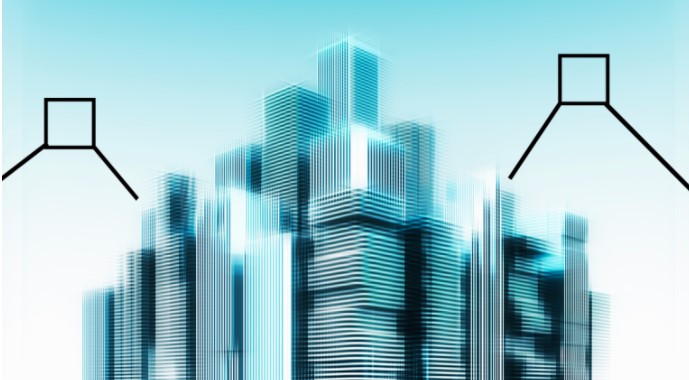 The technical side of blockchains can be difficult to understand, but the NEAR Protocol ensures that users don’t have to. As Somanews, what is the NEAR Protocol (NEAR)? We sought an answer for you, let’s examine the project together…

NEAR Protocol is a Layer 1 network that implements sharding to scale throughput.

The network tries to be accessible and user-friendly by abstracting the technical aspect of blockchains.

NEAR is working on interoperability with existing Tier 1 networks via the Ethereum compatible Aurora Network.

What is NEAR Protocol (NEAR)?

NEAR Protocol is a fragmented Layer 1 Blockchain using Proof-of-Stake. Launched in April 2020, the network is the brainchild of former Google engineer Illia Polosukhin and Microsoft developer Alexander Skidanov. Although NEAR is a blockchain network in its current iteration, it began life as a machine learning (in ordinary people’s terms, teaching machines to code) project that explored program synthesis. Polosukhin and Skidanov’s research eventually led them to programmable smart contracts and crypto payment technology in early 2018.

The pair switched gears by August, leaving behind program synthesis to create the full-time NEAR Protocol. Like many other Layer 1 Blockchains, NEAR’s technology aims to tackle the “Blockchain Trilemma”, the premise that it is difficult to create a scalable, decentralized and secure blockchain without sacrificing any aspect.

NEAR Protocol’s approach to solving the Blockchain Trilemma is to implement a horizontal scaling feature called sharding. It works by dividing a blockchain node network into smaller segments known as sharding. Each piece consists of its own data and can be used to process transactions in concert with other pieces, increasing the overall throughput of the network. It claims that thanks to its Shard technology, it can process up to 100,000 transactions per second, slightly outpacing other competing smart contract platforms.

hile sharding is not specific to the NEAR Protocol (Ethereum also plans to implement sharding upon the completion of Ethereum 2.0), it builds on the concept by developing dynamic re-sharding. In NEAR, instead of the shard count being static, the network will regularly adjust the supported number based on user demand. By dynamically adjusting the number of parts used, NEAR can reduce the average cost of network usage while maintaining high throughput potential.

What are the important features of NEAR Protocol?

Transaction fees on NEAR Protocol can compete with other Proof-of-Stake networks as they are very low compared to Blockchains like Bitcoin and Ethereum. As a Proof-of-Stake network, NEAR does not consume large amounts of electricity to validate its network and is rated carbon neutral by the global climate solutions provider South Pole. Staking validators securing the network are paid in NEAR token rewards in proportion to their total stakes, much the same as Solana and Avalanche’s Delegated Proof-of-Stake systems.

The protocol generates new tokens at 5% of the total supply each year, most of which are awarded to validators. Security is protected by hacking, which is a penalty for inactivity, dishonest verifications, or other malicious behavior. However, NEAR differs from other PoS networks in that it does not penalize users who transfer their funds to a validator. If a validator is interrupted, users will only lose potential rewards instead of a portion of their transferred stake.

Octopus Network works similarly to Polkadot and its parachain ecosystem in some ways. Octopus smart contracts create a relay over the NEAR Protocol, which validates all application chains created on the network. The network also consists of a network of validator nodes where application chains pay to secure their applications. However, booting app chains on Octopus is much cheaper than purchasing Polkadot’s parachain auctions. When the winners of Polkadot’s first parachain auctions received over $1 billion in DOTs via crowdfunding to secure their parachain slots, it launched an app chain cost of close to $2 million in Octopus Network’s OCT token.

So will the NEAR Protocol (NEAR) be successful?

Octopus Network is also designed to be compatible with other NEAR-based tokens and the Inter-Blockchain Communication protocol, offering much more cross-chain possibilities with other Blockchains running on IBC compatibility such as Cosmos.

Because the NEAR network currently hosts only a few apps, some have labeled it a “ghost chain”. However, the recent growth of other alternative Tier 1 networks such as Solana, Avalanche, and Terra has shown that the market believes in a multi-chain future. The question is whether NEAR will succeed in establishing its own thriving DeFi ecosystem like the rising stars of 2021.

Solana and Avalanche saw rapid growth in 2021, in part because they offered generous rewards to attract builders to their networks, and NEAR has a similar strategy. In October, NEAR announced an $800 million fund to encourage developers to develop NEAR and its auxiliary networks Aurora and Octopus. Once newly funded projects launch, the real test of whether NEAR Protocol can attract more liquidity and create network effects will begin.

Conclusion: What is the NEAR Protocol (NEAR)?

What is the NEAR Protocol (NEAR) in this article? We sought an answer with you. This article has been written for informative purposes only. Therefore, no reference can be made to any of your investment decisions! Do not invest in NEAR Protocol and other cryptocurrencies without doing your own detailed research!