Among the many technical specifications that you find when buying an electronic screen, either a television or a cell phone, or a camera, a new acronym has appeared in recent years. It is HDR, which is seen as a differential, that will elevate your experience of creating and consuming content. But what is it exactly? Does it really change a lot or is it just one of those marketing moves?

To begin, we need to check out what this acronym means. HDR is High Dynamic Range, something like “big” or “high dynamic range”. In other words, this is a technique or image mode, which will capture or display content with a wider and more varied – dynamic – range of lighting resources. After all, not everything has the same brightness, even more objects at various depths of field or angle, and you will not pause the video to keep changing the brightness level on the remote control each time a film changes the scene. And HDR will ultimately show you the best possible result. The opposite of it, which is the standard image display format, is SDR, or Standard Dynamic Range.

We will talk here about HDR that appears on screens and that of cell phone cameras, starting with the first.

Televisions that claim to be HDR are those capable of delivering the best possible performance in terms of brightness, color reproduction and contrast. This means that you will feel the immersion and fear of the unknown in very dark scenarios of a horror movie, for example, or even a little heat in well-lit scenes on the beach, so realistic that the representation of the light became. These changes are sometimes quite significant, sometimes more subtle, but certainly changing for the better. For this, the screen does not necessarily have to be 4K, although the higher the resolution, the more visible the result, and in the case of TVs the majority that offers HDR are already in this range.

An important factor here is the intensity of the brightness supported by the screen itself, or luminance, which is measured in nits. The higher the maximum value reached, the better. The opposite is also true, which is the ability to display the black level, without any point of brightness, a dark that feels dark.

HDR displays can achieve high quality standards in this regard, but the type of screen must also be taken into account. In OLED, for example, the pixel “off” and without light gives this feeling even better, only that it is the LED or LCD that reaches a higher brightness intensity. 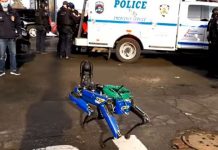 Assassin’s Creed II Will Be Free At Uplay This Tuesday