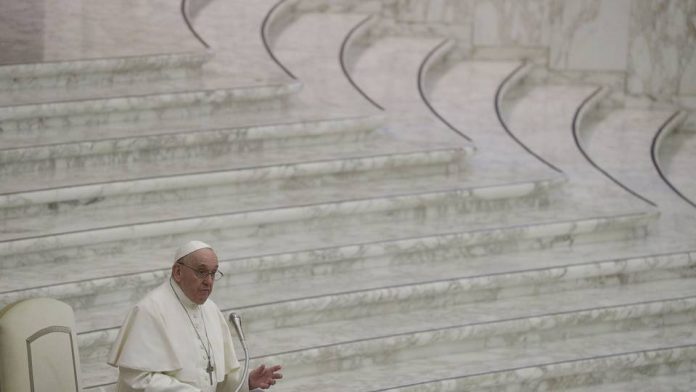 This Sunday, the pope said on his Twitter account “I have not been able to celebrate baptisms in the Sistine Chapel as usual”; rumors broke out and the words “Vatican” and “pope” became a trend.

A wave of comments and speculation took over social networks on account of an alleged blackout in the Vatican and a trill from Pope Francis himself in which he apologized for not having celebrated the traditional baptisms.

The pope tweeted: “Today I have not been able to celebrate Baptisms in the Sistine Chapel, as usual. I pray for all the children who in this period receive Baptism, Christian identity, the grace of forgiveness and redemption ”.

And although many comments and many false news were generated, the Vatican’s own Press service published, as usual, Pope Francis praying the traditional Angelous. “This January 10, the day of the solemnity of the Baptism of the Lord, Pope Francis participated in the prayer of the Angelus,” can be read on the Vatican City page.

Even, published the same medium, “after reciting the Marian Angelus prayer, Pope Francis greeted the people of the United States, prayed for the victims and encouraged them to“ promote national reconciliation and protect the democratic values ​​rooted in the American society ”.

That apparent normalcy, however, contrasts with some tweeters who reported an alleged blackout in the Holy See and some unusual vehicle caravans. “What’s going on in the Vatican?” Many tweeted.