Home Tech What is Dolby Vision? The difference with HDR10 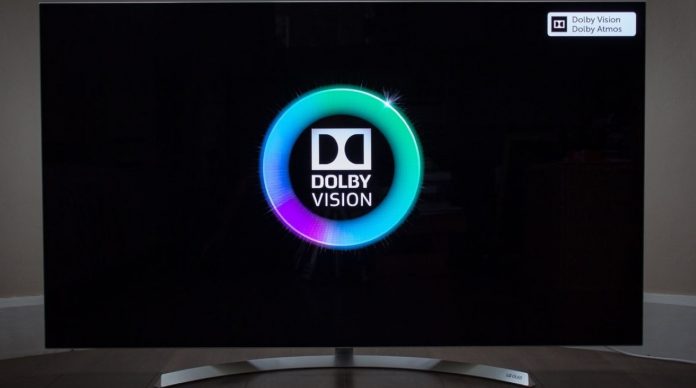 In the last few years, there have been enormous advances in TV technologies that will change people’s interest and needs. None of these had as much effect on image quality as High Dynamic Range (HDR). If implemented properly, HDR means more to most users than switching from 1080p Full HD to 4K Ultra HD. So what’s Dolby Vision’s job at this point? Here’s what is Dolby Vision? The answer to your question.

What is Dolby Vision?

New TVs and disc players come with numerous technologies. Dolby Vision, which has recently been added to its long list of features, has left its mark on an increasing number of 4K Ultra HD TVs. What is Dolby Vision and does it really translate into a better picture? Here’s what you need to know about technology.

Dolby Vision is the brand name for the high dynamic range (HDR) 4K video format developed and supported by the people who produced us Dolby Surround and all subsequent variations. To use the Dolby Vision logo on a TV or Blu-ray player, manufacturers must pay to approve their products and license their name. The Dolby HDR format is also used in video production, making it both a professional and consumer brand.

Today’s LCD and OLED displays are capable of displaying much more color than older sets, but they reached their full potential after HDR came along.

What is the difference between HDR10 and Dolby Vision?

HDR10 can be considered as the open standard for high dynamic range content and TVs. All HDR labeled screens (or Ultra HD Premium screens) must be able to handle HDR10. This standard lays out the basics of the format so that an HDR TV can read and play HDR material properly. Special codes or metadata found in HDR programs tell the display or disc player how to match colors and adjust brightness levels. These codes are essentially fixed for the entire program. HDR10 is consistent, for example, in determining how movies should be encoded or compressed.

Dolby Vision provides instructions or metadata that can vary from scene to scene, encoding it to the TV when it raises the contrast or increases a certain color. Also, Dolby’s maximum specification for consumer TVs is up to 12-bit color depth for 68 billion colors (compared to the old Rec. 709 8-bit color depth that only handles 16.7 million possible colors). On the brightness side, Dolby Vision allows levels of up to 4,000 nits or more.

In comparison, HDR10 gives TVs less flexibility in how to render different scenes in a particular movie, for example, using a fixed set of metadata. HDR10 also stipulates a 10-bit color depth for up to 1.07 billion possible colors. For brightness levels, HDR10 displays target 1,000 nits or more.

In another aspect, no consumer TV can provide 12 bit color depth. Thus, the apparent Dolby Vision superiority in color depth can only be achieved with the development of display technologies. Second, the brightness requirements can be shaped in both Dolby and HDR10 formats. OLED displays, for example, cannot exceed the brightness levels of LCDs, but because OLEDs offer better contrast at lower light levels, they are still considered HDR10 and Dolby Vision compatible displays.

Which televisions and Blu-ray players are compatible with Dolby Vision?

Dolby Vision is quickly becoming the de facto HDR standard for 4K TVs. All major manufacturers, from LG to TCL, offer compatible TVs. This feature can also be found in premium models such as the LG E7 OLED and Sony Bravia OLED XBR-65A1E, as well as budget-friendly displays such as the TCL Roku TV 55P607 or Hisense 43H6D.

Will Dolby Vision make any difference in image quality?

Yes. For example, you might not be able to see all these billions of colors, but the key difference is the transitions between colors like sunsets. With less color, you’ll see stripes or streaks across the screen, rather than the smooth color gradients that HDR sets can create.

With HDR content, a greater dynamism and realism can be seen in scenes with rich colors.

There is another HDR feature that you will see called HDR10 +. It is supported by Samsung and Amazon among others and tries to fix some of the HDR10’s shortcomings. The primary feature of the plus format is that it allows dynamic image data to improve image performance and image details in different scenes within the same program, similar to what Dolby Vision offers.

The Walking Dead: Trailer And Date Of The Season 11 (part 2) With Revelations And… Zombies!

Paid Subscriptions Are Starting To Arrive On Instagram. How Does This Tool Work?

Xbox: Why Activision Blizzard Accepted The Purchase Of Microsoft?

The First Android Phone Turned 13! What Were Its Features?