Home Tech What is DirectX? How to update DirectX? 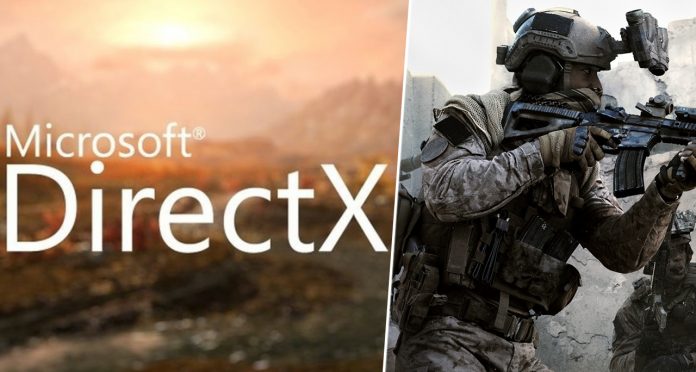 DirectX is a concept that Windows users come across from time to time, especially game enthusiasts. Until 4 – 5 years ago, it was necessary to update DirectX in order to play a newly released game. However, this is no longer necessary today. So what is DirectX? Why is there no need for DirectX update nowadays? We answered all these questions.

DirectX, which entered our lives with Windows 95 in 1996, forms the basis of the success of Windows in games. Although it has a very powerful hardware in computers running macOS operating system today, it is obvious that Windows offers the best performance when it comes to gaming.

To put DirectX in its simplest form: it allows game developers to access hardware and thus fine-tune games. Game developers are much easier when it comes to a console like PlayStation or Xbox. Because they optimize the games they develop for a single hardware.

However, there are thousands of different configurations when switching to the computer side. This is where DirectX comes in handy. Games can work in an optimized way by communicating directly with the hardware of the computer.

If we move to the technical side gradually: DirectX is an application programming interface that provides low-level access to hardware components such as graphics cards, sound cards and RAM. In the DOS days, games had direct access to hardware such as video cards and motherboards.

Finding this situation dangerous, Microsoft restricted direct access to some hardware with Windows 95. DirectX was developed to make it easier to access, as this creates a problem for games. So this technology acts as a bridge between games and hardware.

DirectX is not the only API protocol available to game developers today. However, being specific to Windows provides an advantage. Microsoft blurs the line between DirectX 12 Ultimate and PC and Xbox Series X, making it much easier for game developers to adapt games to each platform.

By the way, we should point out that games are not the only area of ​​use. Another critical area: DirectX technology is also used for hardware acceleration, which enables the playback or editing of high resolution videos.

How to find out the DirectX version?

Microsoft released DirectX 11 with Windows 7 and Windows Server 2008 R2 versions. In the latest operating system, Windows 10 comes with DirectX 12 installed. As of February 2021, the latest version is DirectX 12 Ultimate.

How to update DirectX?

You do not need to download any files in current versions of Windows. Updates can be made directly through Windows Update. However, when the need for updating arises, there are two different ways;

1 – DirectX updates are not offered as any file / package after Windows 7 and Server 2008 R2. Therefore, in operating systems released after Windows 7, all you have to do is check for updates.

2 – You are using Windows 7 or an older version, you can click here to download the latest DirectX version page prepared by Microsoft.

The thief who bought Bitcoin with 5 million dollars stolen from...