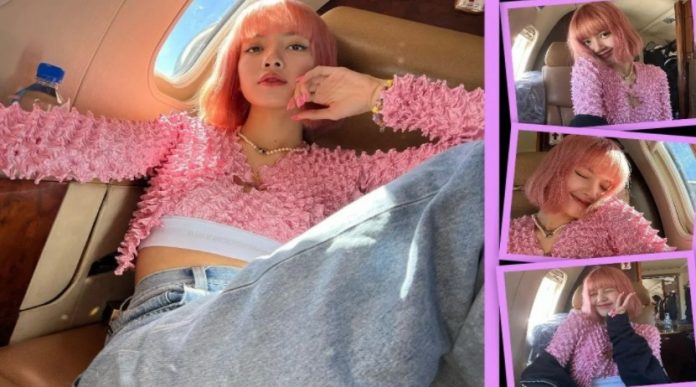 We know very well the 4 super talented girls of BLACKPINK, one of them is Lisa, who has stolen all the attention of millions of fans around the world thanks to her incredible way of dancing and singing, her beautiful personality and charisma; without forgetting the infinite beauty that the idol has.

There is much that we can admire about Lalisa and BLINK knows it very well, not only has she demonstrated her great abilities with her girl group in K-Pop, she has also surprised with her work as a soloist that has been quite successful and has had all the support from her loyal fans.

Lisa’s name has imminently shone in the music industry, placing herself on the most important music charts internationally and with an extensive fandom that we find all over the planet, Lalisa Manobal shows us all her talents.

But did you know that this is not the real name of the Thai artist? Lisa had a different name originally, why did she decide to change her real name?

WHAT IS LISA’S REAL NAME?

Many would believe that Lalisa Manobal is the real name of Lisa from BLACKPINK, but her original nickname was Pranpriya Manobal, that name was given at her birth on March 27, 1997; and it means beloved soul, it really is beautiful.

In Thailand they sometimes call Lisa like that or with a cute nickname that is ‘Pokpak‘, this is only done by the closest friends of the idol.

But Pranpriya decided to change her name, why did she do it herself? Her desire to shine from her led her to make this decision.

Lisa at the Airport after getting off a private jet, standing in front of a rolls royce taking pictures, with the door open while the security watches her mini photoshoot. I love her 🥺 pic.twitter.com/tX7LyieTf2

WHY DID LISA CHANGE HER NAME?

When Lisa, then Pranpriya, was 13 years old she went to a fortune teller who told her to change her name to ‘Lalisa’ as this would bring her a great fortune, this name means ‘someone who is praised’ and this is why who dutifully changed her name to Lalisa which she uses with her short version ‘Lisa’.

Lisa’s surname has been preserved, Manobal, from birth and until now she shines as a great artist who came from Thailand to Korea to shine like no one else; a great pride for her family and her country of origin.

Do you want to know more about BLACKPINK? There are quite a few documentaries that you can watch to learn about the history, hits and more of the girl group.

Sadie Sink Told Why She Feels “connected” With Her Character “Dear...