Home Entertainment What is a Soulsike? 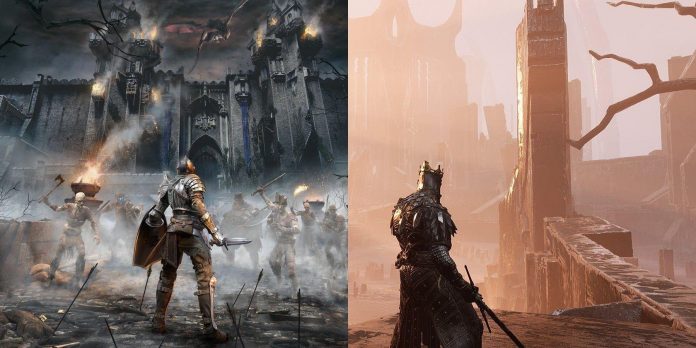 Action role-playing games have become an exceptionally popular genre in modern video games. And, like other genres, it grew over time and drew inspiration from many titles. At the same time, one of the most influential games in the RPG genre was Demon’s Souls from FromSoftware.

FromSoftware was familiar with role-playing games before Demon’s Souls, but when the game was first released in 2009, it launched a franchise of games that changed not only the genre, but the industry as a whole. Under the leadership of creative director Hidetaka Miyazaki, the Soulsborne series helped create the Soulslike subgenre, which is a formulaic combination of high complexity and an intricate narrative about the environment.

Demon’s Souls is the spiritual forerunner not only of the Dark Souls series and its Soulsborne extended games, but also of all Souls—like games. Creating Demon’s Souls, FromSoftware and Miyazaki probably had no idea that the series would turn into such a successful franchise.

The formula for Souls games is pretty simple. Players are tasked with defeating enemies and bosses using a variety of different weapons and items, while keeping track of limited health resources and managing the use of stamina. In each game of the Soulsborne series, this formula changed slightly, but they all remained close to this basic mechanics.

The goal of the original title was to create a game that would be harsh but fair, with a simplified plot on the surface, but would become more interconnected and interesting the more the player delved into it. Demon’s Souls has achieved these goals by providing many unique locations with their own complex enemies and bosses that are connected by a common story. Players often faced exceptional difficulties due to the constant stream of increasingly difficult bosses, but knew that they could succeed through perseverance and dedication. And once the area was completely cleared, the sense of accomplishment was unsurpassed.

Soulsborne games not only made life difficult for enemies, but also created new difficulties when getting to know the story. Despite the fact that players could easily ignore the story and go through the whole game, the amount of detail that has gone into the ent of these games creates a sense of surprise, inevitable for players who begin to explore the world more deeply. history.

Most games have very few clips or simple explanations, so the player must explore items and weapons, as well as the world and its inhabitants, to learn as much as possible about the history of the game. Players are never pampered with gameplay or ent, and the constant challenge is what makes players and developers crave games like Demon’s Souls.

How games similar to souls are played

Since the Soulsborne franchise has become so popular, many developers have tried to recreate the same experience as in the series. Although no game can be an exact copy of cult games, many have used the formula as a starting point to create successful games.

Games like Nioh and Mortal Shell perfectly illustrate how many games have copied the essence of the Souls formula and tweaked it slightly to make it better suited for each individual game. The fighting styles of both games mimicked Souls games, focusing on stamina management, timely attacks and evasions. And although Nioh had a fairly straightforward storyline, both had dark fantasy settings, and Mortal Shell adopted the Soulsborne tradition of a confusing and mysterious narrative that needed to be carefully studied in order to fully understand.

Many modern games have also added additional elements to the formula, such as Remnant: From the Ashes, which is a third-person shooter, or Salt and Sanctuary and the 2D platformer Hollow Knight. Despite the fact that the game is different from the original game or other Soulslike, the main game cycles remain close to the roots of Demon’s Souls.

After all, none of the Soulslike titles aim to perfectly replicate what the original franchise did. Instead, the subgenre offers a new twist to the original feel of Soulsborne games, while maintaining an enticing world and enjoyable challenges.

The remake of Demon’s Souls is currently available on PS5.