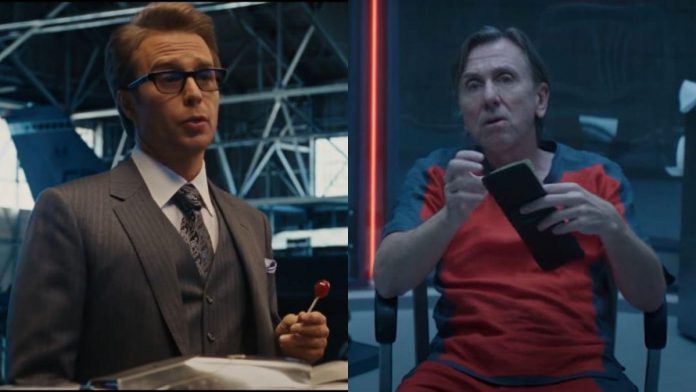 You never know when any of the many characters from the history of Marvel movies will appear. In recent years, we’ve seen people like Ben Kingsley’s Trevor Slattery, and more recently Tim Roth’s Abomination/Emil Blonsky poke their heads into the MCU after a supposed disappearance. Therefore, naturally, many people are wondering if Justin Hammer, played by Sam Rockwell, can have a future at Marvel, and this man himself has an answer that shows how good a dancer he is.

Our very own Sean O’Connell chatted with Rockwell during the press round of Searchlight Pictures’ upcoming comedy detective “Watch Them Run.” This discussion turned to Sam Rockwell’s potential future in the MCU, as the franchise brings out former enemies on the left and right again and again. Obviously, this was news to Rockwell, as he gave CinemaBlend the following answer to this pressing question:

Did you say Tim Roth? … Is this the villain Hulk? Holy sh*t, that’s great. I love it. Is he on a Hulk Woman? Oh, that’s great. I have to watch this. I don’t know. Nothing yet. We’ll see. I see you have a Marvel poster in the background. … I’m ready, I’m ready.

Well, if it’s not a wonderful dance around the topic. This is not surprising, because comic book veterans of all stripes usually hesitate to comment on their potential earnings. Before the release of Zack Snyder’s Justice League, we saw the excellent work of Kevin Costner, who also politely declined to comment on a similar question about any reprisals against Jonathan Kent.

However, the recent phase of projects and news of the Marvel cinematic universe has made the fate of Justin Hammer even more intriguing. As noted earlier, Tim Roth’s Abomination appeared in both “Shang Chi” and “The Legend of the Ten Rings”, and most recently in the episode “The Hulk Woman: Sworn Attorney”. Prior to this revival, Roth’s character was last seen in 2008’s The Incredible Hulk, prompting many Marvel fans to refresh their memories of the Abomination’s place in the MCU.

The past of the Marvel Cinematic universe is returning to the spotlight, and it’s appropriate considering that Phase 4 has been recognized as a big reboot for the future. Sam Rockwell’s Justin Hammer certainly has room to breathe the next step in MCU history into this big launch pad. All that needs to happen is for Kevin Feige to find the right place to put him into action, and Tony Stark’s nemesis will be dancing again in no time. That is, if he has not done it yet, and we are simply not involved in such a decision.

Meanwhile, you can see Sam Rockwell at the head of a star-studded ensemble in the movie “Watch Them Run,” which returns detectives to the big screen from September 16. To find out what else is expected in cinemas, check out the list of upcoming films that will be shown in the nearest cinema to you.

Meanwhile, if you’re trying to keep all the MCU streams in order, you can go back to movies like Iron Man 2 if you’re a Disney+ subscriber. Although, if you’re looking for the Incredible Hulk of 2008, you’ll need to upgrade to HBO Max at the time of this writing.