Home Sport What impressed Luis Diaz — and the two qualities needed to succeed... 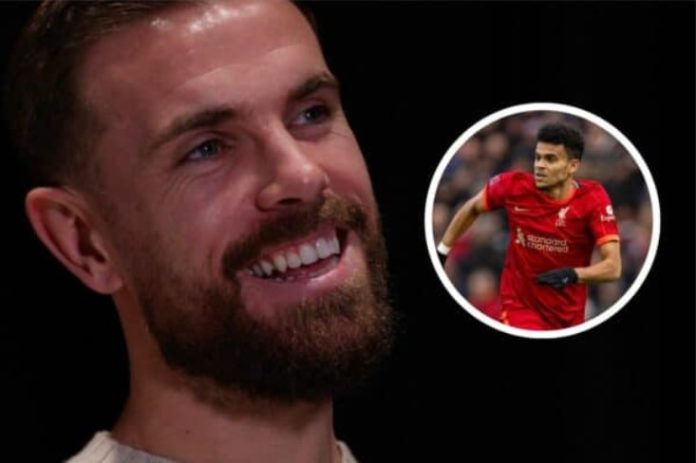 Luis Diaz made an instant impression when he signed with the Reds in January, and, as Jordan Henderson explains, it wasn’t just the fans who attracted the Colombian.

The Liverpool captain lavished praise on Diaz, pointing to the winger as an example of a player who made an impression immediately after signing a contract with the club.

Diaz arrived from Porto for an initial £37 million — fees that could rise to £49 million — and quickly came to life in a Liverpool shirt, scoring six goals and making four assists in his first half of the season at the club.

These goals are added to the 14 he has already scored and the 11 he assisted for Porto in the Portuguese League. Impressive figures for a winger who finished the season as the seventh scorer of the Portuguese national team.

Henderson has spent 11 years at Liverpool and has seen many players come to first-team training, whether they are newcomers or young players taking a step forward.

We asked the captain of the Reds who made an immediate impression on him and took him by surprise.

“There will be a lot of them in the time I’ve been here,” he said, before moving on to explain Diaz’s influence.

“The last thing I can give you, because it is fresh in my memory, is Luis Diaz.

LIVERPOOL, ENGLAND – Tuesday, February 15, 2022: Luis Diaz of Liverpool during a training session at the AXA training center before the match of the first round of the 1/8 final of the UEFA Champions League between Internazionale Milan and Liverpool.
“How did he adapt so quickly to the way we wanted to play, to the speed of the Premier League and everything like that, which many people usually talk about when new contracts come from abroad.

“[He] really impressed us, right away in the first training session when I saw him in training.”

In 11 years at Melwood and at the new AXA Training Center, Henderson has seen everything. So what does it take to succeed at Liverpool Football Club?

The skipper has two key qualities that he considers vital: “Hard work. Self-belief.

“These two things will help you succeed at Liverpool.

“Yes, the fans want to be successful and want to win, every player too, but they also appreciate when they see that a player gives absolutely everything.

“And you won’t come to Liverpool if you don’t have quality. When you sign a contract, obviously the quality of what you’ve done is obvious, but when you get here, I think the most important thing is what you’re willing to sacrifice for the club and the team.

“And if the answer is everything, then you have a good chance to succeed and build a successful career at Liverpool.