Home Entertainment What if The Witcher was in The Lord of the Rings? Henry... 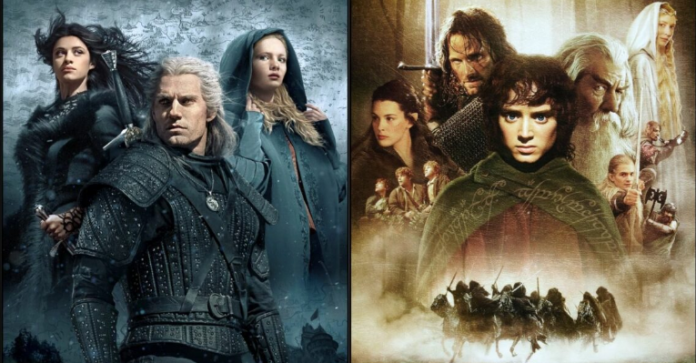 There was once a clear line separating pop culture and nerd culture. Although both factions still attracted followers, there was very little, if any, common ground between the two categories. Today, pop culture has completely changed the norm. It’s a broad umbrella that includes video games, comics, and some other aspects that once belonged only to freaks and geeks. We know that things have really changed when even Henry Cavill identifies himself as a geek.

Besides the fact that the British actor is synonymous with Superman, he is also an avid gamer. In fact, just a year ago, Cavill reached the peak of genius when he reinterpreted his character from The Witcher in the world of The Lord of the Rings. Let’s find out how this conversation ended.

About a year ago, Cavill gave an interview to Kevin McCarthy of Fox 5. With the release of the second season of The Witcher, McCarthy expressed his love for Geralt, the character of Henry. The host even compared the quality of the show’s immersion to the quality of The Lord of the Rings. Written by J. R. R. Tolkien, director Peter Jackson then adapted the fantasy novels, turning them into a highly revered master class in both storytelling and world-building.

Celebrating the 20th anniversary of the trilogy, Cavill and McCarthy got carried away with a fun game of hypotheses. When asked how his character would feel if he “got into the world of the Lord of the Rings,” actor Enola Holmes had an answer ready. Cavill believed that his character would be “much better” in this universe.

“Sapkowski’s world is notoriously dark and dark, and he puts it in impossible scenarios,” Cavill said of “The Witcher.”

Henry Cavill also recalled the structure of The Lord of the Rings. He firmly believed that Geralt got worse than the characters from Tolkien’s world. He even compared the worlds with each other before making his conclusion.

“These are not impossible scenarios, they are just difficulties, and you have a whole bunch of people on your side to help you, but Geralt, poor guy, tends to handle everything himself,” Cavill said.

Like Kevin McCarthy, would you also “pay good money to watch this crossover?” Let us know in the comments. Although the third season of The Witcher is still a few months away, you can always review the first two seasons on Netflix.