Home Entertainment What if Superman had sent Zod back to the phantom Zone in... 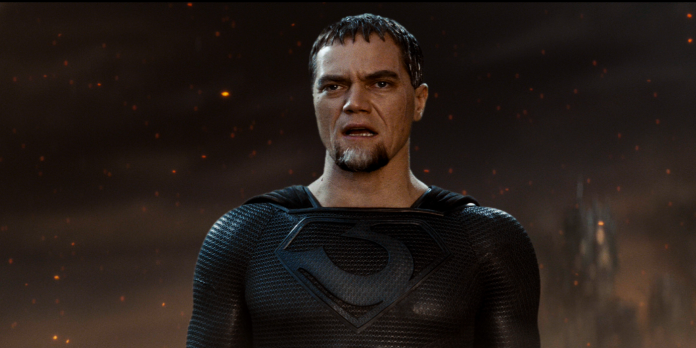 Zack Snyder’s Man of Steel ended in the controversial decision to have Superman kill General Zod, but had the Last Son of Krypton found a way to trap his foe in the Phantom Zone instead, the DCEU may have shaped up quite differently. In a connected universe like the MCU or the DCEU, minor decisions in one movie can have drastic ripple effects across several others. As the very first film in the DCEU, a single plot change like Superman (Henry Cavill) not killing Zod in Man of Steel would have removed the catalyst for several major events throughout the franchise’s history.

The DCEU has enjoyed a few successes, such as Wonder Woman and James Gunn’s The Suicide Squad, but has also endured a long dance with controversy. Man of Steel began that trend with a number of questionable decisions. The call to have Clark allow John Kent to die in the tornado was one; having Lois discover his identity so early was another. The biggest, however, was the decision to have Superman—who’s traditionally known for having a “no kill” rule except for in the most extreme of circumstances—break General Zod’s neck at the end of the movie. Killing Zod in Man of Steel was a narrative decision that sparked a great deal of debate, introducing a number of hypotheticals about what Superman could have done differently in the final act of the film.

But what if Superman had, in fact, managed to avoid that final clash with Zod and sent him back to his Phantom Zone prison? The DCEU is larger than Superman, and the consequences on the franchise would have been felt immediately. The final confrontation between him and Zod actually has some rather significant implications on follow-up films like Batman v Superman: Dawn of Justice, as well as Justice League and beyond.

Perhaps the most obvious takeaway is that the version of Doomsday in Batman v Superman simply wouldn’t exist. In the movie, Lex Luthor began his campaign to destroy Superman, which ultimately led him to pit the Man of Steel against the Dark Knight. While the comic book version of Doomsday was a Kryptonian project, the DCEU’s version of the character was created by Lex Luther using Kryptonian technology and, notably, the body of the late General Zod. Had Superman not been “forced” to kill General Zod at the end of Man of Steel, there would have been no Kryptonian body for Lex Luthor to create that abomination with. This would have changed the entire endgame of Batman v Superman, as the fight between the two biggest heroes in DC wouldn’t have concluded with them needing to work together to stop some common threat.

Batman Might Not See A Need To Eliminate Superman

Throughout Batman v Superman, it’s clear that Batman had a vendetta against Superman that quite possibly wouldn’t have existed had Superman been able to send Zod back to the Phantom Zone. In the film, Bruce Wayne was in Metropolis during the entire ordeal. It was eventually revealed that someone under his employ was killed as a result of the destruction and in his anger, Bruce held Superman personally responsible. However, the clash between Zod and Superman over Metropolis happened after Superman and the military sent the other Kryptonians back to the Phantom Zone.

Without access to the Phantom Zone Projector of the comics, Superman’s only means of sending the Kryptonians back was through the use of their ship’s Phantom Drive—a tactic that would only work once. Superman sending Zod with them would have meant he and Zod never fought over Metropolis, thus mitigating some (but not all) of the damage done to the city. Without their fight over the city, Bruce may not have been so wary of Superman. Without the vendetta, the entire core premise of Batman v Superman, while not impossible, would have looked extremely different, and possibly more akin to a rivalry based on conflicting approaches than anything violent. Of course, the absence of violence between Batman and Superman, as well as the absence of Doomsday would, themselves, have prevented other dominos from falling.

Without Batman to soften Superman up, or Doomsday there to deliver the final blow, Superman would likely have survived the events of Batman v Superman. Batman may still have carried the Kryptonite as a precaution—he is Batman, after all—but that’s far less significant as he wouldn’t use it himself. A somewhat less antagonistic Batman could have easily worked with Wonder Woman (assuming she would still have even been in the movie) to get Superman away from Lex and any Kryptonite he managed to use on him.

The Justice League May Not Form To Fight Darkseid’s Forces

It isn’t all good news, however, as several smaller changes necessary to Batman v Superman would have impacted the future of the DCEU in ways that might have delayed the formation of the Justice League. The death of Superman was the impetus for Steppenwolf’s attack on Earth, for one. But that could be easily rewritten as Darkseid simply deciding to attack now, entirely independent of Superman’s presence. Of course, that would have created a problem as the Justice League revived Clark because they knew that while Steppenwolf was incredibly powerful, Superman could beat him. In all likelihood, Superman could have beaten even the Snyder Cut’s more intimidating Steppenwolf on his own, potentially before the invasion even properly began.

With Batman no longer having held a vendetta against Superman in Batman v Superman, he may not have bothered to keep tabs on the other superhumans around the world who ultimately wound up on the team. This would almost certainly have delayed the formation of the Justice League as Superman’s all-powerful presence may have had a disarming impact on the world, secure in the fact that the Man of Steel would be around to protect it. However, as easily as he could have defeated Steppenwolf, the concept of Superman defeating Darkseid alone would have been an entirely different story. Had the League taken longer to come together, the world may not have had the heroes necessary to stand up to the Lord of Apokolips quickly enough to stop him. In all, what may have seemed like a controversial but ultimately minor narrative decision to kill General Zod at the end of Man of Steel may actually have been exactly the domino that let the Justice League hold the line against annihilation.

YouTube: Video Chapters Are Released On TVs And Consoles