Home Entertainment What if Iron Man hadn’t been able to take the Infinity Stones... 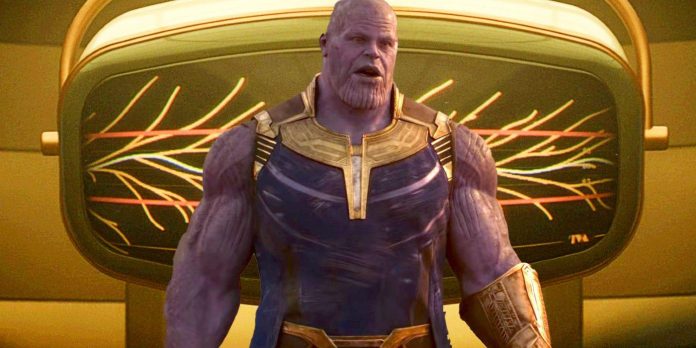 In Avengers: Finale, TVA would probably have killed Thanos themselves if Iron Man hadn’t been able to collect the Infinity Stones. Iron Man using the gauntlet and eventually sacrificing himself is perhaps the most important moment of the Finale. This comes after Doctor Strange hinted that out of 14,000 605 results, Iron Man’s death would create the only case where the Avengers would actually win, thereby saving the universe from another Thanos flick. This happens at the very last minute, when all the stones go from the infinity gauntlet to the nano-gauntlet, and at that moment Tony Stark says, “I’m Iron Man,” snapping his fingers and becoming a hero of the universe, unlike anyone else before him. . This concludes the third phase of Marvel with a tight, final and legitimate conclusion to the saga.

But what if Iron Man hadn’t been able to take the Infinity Stones from Thanos? In short, Thanos would have won. What will become of the villain after that, and who will be able to stop him? All Avengers and all superheroes on earth and elsewhere will be erased.

One theory on Reddit claims that the answer to this question is simply that TVA is clipping or rebooting Earth-616. Keep in mind that Thanos would have destroyed all life in this world, not just half. The second Thanos, who uses Pym particles to return to the past, realizes that the universe will not accept “balance” and that he would create a completely new universe of his own. This related event would cause this universe to deviate from the sacred timeline. Since TVA is tasked with protecting this timeline above all else, they will have no choice but to step in.

How will TVA kill Thanos?

But how will TVA defeat Thanos? Without difficulty. Firstly, they have time sticks that can erase any living being. The fight will end pretty quickly, as Thanos will be pretty easy to track down. Once in TVA, Thanos’ abilities and power will be nullified, because infinity stones are just as useful at TVA headquarters as paperweights, as shown in one memorable scene with Loki. So either TVA will have to sneak up on Thanos to hold him accountable and reset the timeline, or take the more radical step of pruning Earth-616.

While this may seem extreme or impossible, it’s worth remembering that TVA is run by Kang the Conqueror. In the comics, Kang once quickly turned Thanos into a skeleton in a matter of seconds, so TVA definitely has the weapons needed to solve even the most serious problems. The existence of TVA in this case is comforting and convenient for everyone who is trying to stop the almighty Thanos. Even when there was no one left to help the universe, TVA would have intervened, changing the course of history and preventing the nexus event in Avengers: Finale. If this is the case, Earth-616 will be saved not for some idealistic or logical reasons, but simply to preserve the sacred time line.

The Russo Brothers Accidentally Explained why They were Perfect for Marvel