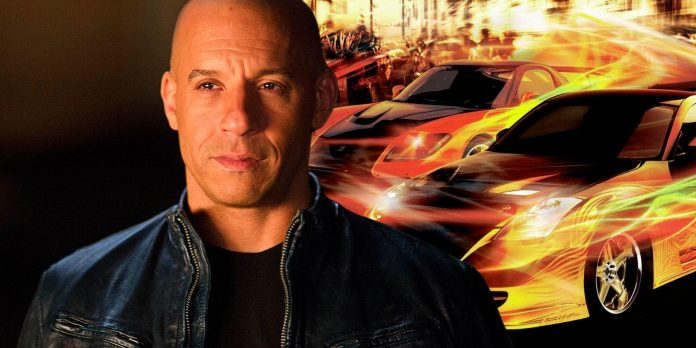 The Fast and the Furious: Tokyo Drift followed the story of a new character with no connections with Brian O’Conner or Dominic Toretto, but the film was originally intended to star Vin Diesel. While 2 Fast 2 Furious tried to be as close as the first Fast and Furious movie as possible, with Tyrese’s Roman Pearce replacing Vin Diesel’s Dominic Toretto as the co-lead along with Paul Walker’s Brian, Tokyo Drift took the franchise into a completely different direction – but the box office results ended being worse than its predecessor.

Throughout most of the film, the only connection between The Fast and the Furious: Tokyo Drift and the rest of the franchise was in the title. Tokyo Drift followed the story of Sean Boswell, a high school student sent to live in Tokyo with his father after getting into a car accident during a race. However, Sean’s arrival in Tokyo would only mean more trouble to the character, as he quickly created rivals and wanted to make his name in the car drift world.

Sung Kang’s Han ended up being Tokyo Drift’s biggest legacy to the Fast and Furious franchise, but the movie could have been a true sequel to The Fast and the Furious (2001) as it was originally intended to be a Dominic Toretto story. Had Vin Diesel starred in Tokyo Drift, the sort of coming-of-age story of Sean would have been replaced by a more action-oriented film. The crucial rearrangement of the Fast and Furious timeline to accommodate Tokyo Drift might not have ever happened, as Dominic Toretto’s extended role in it would set the third film as a more immediate sequel to the events of The Fast and the Furious.

Tokyo Drift Was Supposed To Be A Dom Toretto Story

Chris Morgan, who wrote Tokyo Drift and would go to work in several other movies in the Fast and Furious franchise, including the Hobbs & Shaw spin-off, revealed in an interview (via UPROXX) that he pitched the third film as a Dominic Toretto story. Morgan highlighted how much of a fan of the brotherhood between Dom and Brian in the original film he was — and given how the studio seemly not to want Paul Walker to star in the third Fast and Furious, it makes sense that the writer came up with a Dominic Toretto solo adventure. Shifting the focus of the story back to Vin Diesel after 2 Fast 2 Furious’ disappointing results made sense, even if it meant telling a more self-contained story. While that idea never came to fruition, Chris Morgan’s pitch for a Fast and Furious movie set in Tokyo won the studio’s open call, and after readjustments in the script, the production for Tokyo Drift began.

Vin Diesel was not interested in doing a sequel to The Fast and The Furious, as he was afraid it would not live up to the first movie. By the time 2 Fast 2 Furious was made, Diesel had already shifted his focus to the role of Xander Cage, and the actor had no interest in returning for the third movie. That’s why the studio quickly disregarded Morgan’s initial pitch and asked the writer to reshape the story as a high-school movie.

Still, after initial test screenings for Justin Lin’s Tokyo Drift didn’t go quite well, a possible Vin Diesel cameo became the film’s main hope to draw audiences and set a future for the Fast and Furious franchise. Director Justin Lin personally approached Vin Diesel with the idea not only for the cameo in Tokyo Drift but also for an overall arc going up until Fast & Furious 6. Vin Diesel eventually agreed to it, but the actor’s role in Tokyo Drift cost Universal more than just a regular paycheck. In exchange for his cameo, Vin Diesel was given the movie rights to Riddick, a character he had previously played in Pitch Black (2000) and Chronicles of Riddick (2004).

Related: Fast 10 Theory Claims Roman Will Realize He’s In A Movie (& It Works?)

How Different Vin Diesel’s Tokyo Drift Would Have Been

In fact, Chris Morgan’s original pitch for Tokyo Drift involved Dom investigating a murder mystery. While Tokyo Drift ended up having a Yakuza storyline, which led to Han’s death in a car chase scene, a Vin Diesel Tokyo Drift would be more action-oriented as a consequence of the murder investigation. As Dom would go through a drift training process similar to Sean’s, it would have been interesting to see who his mentor would be. In Tokyo Drift, it’s Han who teaches Sean how to drift, but it’s hard to say if Sung Kang’s character would have been part of the original story. Han was created by Justin Lin, who only came on board by the time the Vin Diesel idea had already been scrapped.

As much as a financial disappointment Tokyo Drift was, the movie turned out to be essential in getting the Fast and Furious series back on track in the long term. Such a standalone Fast and Furious film only increased audiences’ wish to see Vin Diesel’s Dominic Toretto and Paul Walker’s Brian Toretto finally go back to the franchise, which made their eventual returns in Fast & Furious (2009) much more special. Even if Vin Diesel’s Tokyo Drift had turned out to be a better movie, a solo Dominic Toretto adventure with barely any connections to the first two films risked not engaging audiences enough. Had a Vin Diesel-led Tokyo Drift failed at the box office, then the franchise would have wasted its best sequel hook – the return of Dom. It would have been more difficult for Fast & Furious to happen with Vin Diesel and Paul Walker, and thus Tokyo Drift would have essentially ended the Fast and Furious franchise.

Had Vin Diesel’s Tokyo Drift worked well enough to get a sequel to greenlight, then Fast & Furious (2009) would have been a direct sequel to the third movie. Instead, the also Justin Lin film plays as if it’s the first time audiences see Dom since The Fast and The Furious, and even a short film directed by Vin Diesel was released to better explain what Toretto had been up to since the first movie. Had Vin Diesel starred in Tokyo Drift, then it would not make much sense for Fast & Furious to take place before the events of the third film, which ended up happening to explain the return of Han. As such, Fast & Furious would pick up the story from where Tokyo Drift had left, with Dom solving the murderer in Tokyo and then going back to Los Angeles to reunite with his sister Mia Toretto and Brian.

Related: The Real-Life Inspiration Behind The Fast & Furious Franchise

Dominic Toretto’s story in Tokyo Drift would lead to Fast & Furious, Fast Five, and Fast & Furious 6 is set after the third installment and not the other way around, but that would not be the only way those three films would have been changed. As Tokyo Drift would have already placed Toretto in a murder investigation, Fast & Furious would likely not have the Letty murder storyline, as that would have been too similar. That said, Toretto could still be arrested by the end of the movie, which would let to an overall unaltered Fast Five. Fast & Furious 6, on the other hand, would have to be a lot different – as the entire plot of the movie was centered around the surprising return of Letty as a member of Owen Shaw’s crew. The fourth, fifth, and sixth installments were responsible for reshaping Fast and Furious into a blockbuster franchise, and nothing guarantees that this would have happened had the stories of those three films been too different from what audiences got. That is why, in hindsight, not having Dom as the main character in The Fast and the Furious: Tokyo Drift was for the better.