Home Entertainment What If: All About The Marvel Series 1st Season Finale On Disney+ 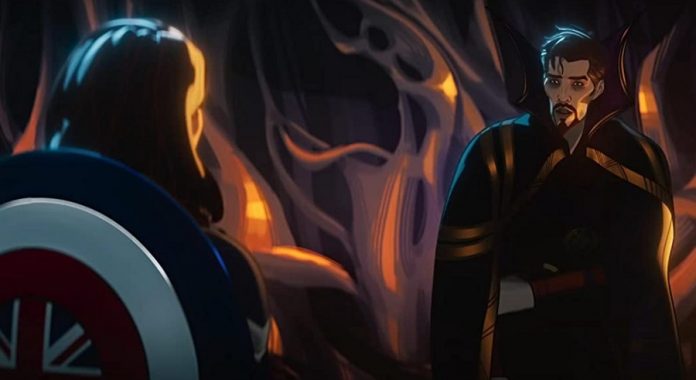 What If: After a few weeks on display, Marvel finally wrapped up the 1st season of the series What If…? on Disney+, leaving viewers even more anxious for what’s to come in its cinematic universe.

Based directly on the comics of the same name, the production raised the issue of the multiverse, which is being addressed in Phase 4 of the MCU, even further.

So, find out all about the season 1 finale of the series with our recap!

What If…?: the meeting of the guardians of the multiverse

Consisting of an anthological series, in which the episodes approach closed narratives, in a way, in a competent dramatic unit, the last episode of the 1st season went the opposite way, bringing Vigia to the center of attention.

The question at the time was related to what would happen if this character broke his oath and interfered with realities, including alternatives, which he was charged with constantly observing.

In this context, Doctor Strange (voiced by Benedict Cumberbatch) summons other heroes so that the conflicts are eased and the multiverse has some peace, after all, its imminent destruction, planned even by Ultron in the previous episode, could be effective if nothing stopped him.

So, at the beginning of the episode, we see Brock Lumlow, Captain Carter, and the Black Widow on a hostage rescue mission on the SHIELD ship. The Watcher then appears to summon Peggy Carter and Natasha Romanoff for their mission linked to the multiverse, also considering the fact that both characters are best friends in this new version.

So do T’Challa, Peter Quill, Tony Stark, Gamora, Thor and Erik Killmonger. Upon gathering the group, everyone pays attention to the plan to locate Ultron’s Infinity Stones and destroy them in Gamora’s crusher, which fails to work in that timeline.

Despite this, with the formation of the Guardians of the Multiverse, in direct reference to the Guardians of the Galaxy, Ultron learns all about the group’s intentions due to a mistake by Thor. A frenzied battle then ensues, but Stephen Strange tries to contain the power of his main enemy by seeking alternative means in the multiverse.

Xbox Claims Sony Pays Developers to Keep Their Games Out of...