Home Entertainment What happens to the release date of “Emancipation” after the movie with... 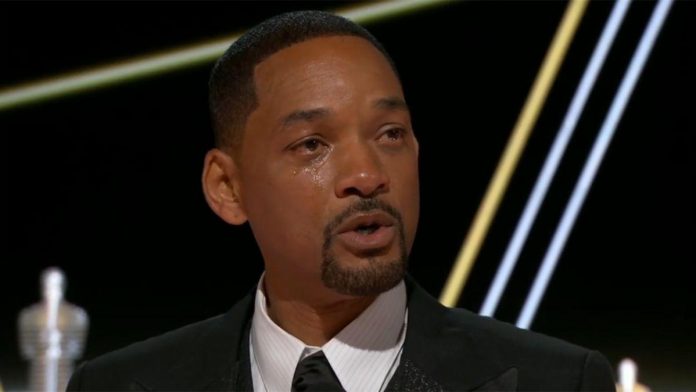 When Will Smith punched Chris Rock in the face at this year’s Academy Awards, it was a shocking moment on live TV, but it’s hard to imagine that anyone had any idea how big an event this would turn out to be. Apologies have been made and blame has been laid in every conceivable direction, but the future of Will Smith’s career is in a strange state of uncertainty as several of his films are suspended. Including the upcoming film “Emancipation”, which has already been filmed.

“Emancipation” tells the true story of a Civil War slave named Peter, played by Will Smith, who escapes to the North and joins the Union Army to fight against his former captors. The film was directed by Antoine Fuqua and is due to be released on Apple TV+, and it was expected to compete for a lot of awards, but now its future is somewhat uncertain.

Initially, it was expected that “Emancipation” would be released this fall as part of the general promotion of the awards season, but due to the consequences of the fiasco at the Oscars, it seemed that Apple might postpone the release of the film. As the Deadline indicates, the film has never had an official release date, so technically there is no delay here. In addition, merchants say there is still a good chance that the film could be released late this year or early next year. If “Emancipation” really plans to compete for awards, we may see a limited release in theaters in late 2022 before the film is released on Apple TV+ in early 2023.

Early hype is very high, it is called one of the best films by Antoine Fuqua, and Will Smith’s performance is also praised. But then that’s part of the problem. Will Smith voluntarily renounced his membership in the Academy of Motion Picture Arts and Sciences, and was banned from attending the Academy Awards ceremony for the next decade. This is done by any film that Smith is associated with, and he is the producer of Emancipation, as well as its star, at best a difficult contender for an Oscar.

After Apple’s success at the Oscars with CODA, one can, of course, imagine that the company considers Emancipation as a strong continuation. But it’s also clear that the film will likely struggle to be an awards contender if it comes out now, no matter how good it actually is. The longer the film can wait, the greater the chances of success. At the same time, money was spent on making the film, and the longer it stays on the shelf, the more expensive it becomes for Apple.

If “Emancipation” stays on the shelf for a while, it certainly won’t be that surprising. Several other projects that Will Smith was supposed to be a part of have either been postponed or completely canceled over the past few months. Although not all of these decisions can be traced directly to the slap in the face at the Oscars, it is clear that Hollywood in general and Will Smith in particular are trying to figure out how to move on after this event.