Home Crypto What Happens To Cryptocurrencies If The Fed Increases Rates? 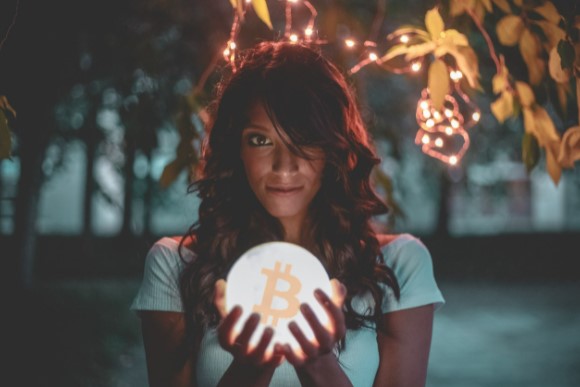 Traditional markets and the crypto market are waiting for the Fed’s interest rate announcements, which are expected to be announced today. Cryptocurrency analysts, on the other hand, are divided on whether this rate hike will be as positive or negative as expected if Bitcoin (BTC) and other cryptocurrencies will be affected positively or negatively. While some analysts state that Bitcoin and other altcoins will increase exponentially in price performance, others do not agree with this view and especially predict decreases.

Experts Are Divided Into Two

For example, Michael Novogratz, CEO of Global Digital Holdings, says that the giant of the crypto market, Bitcoin, will continue the price scale of 30,000 to 45,000 dollars that it has seen since the beginning of the year. In other words, Novogratz argues that unlike analysts who say that Bitcoin will reach $100,000 by the end of the year, it cannot rise after the FED’s interest rate announcements. Of course, the traditional market is a clear factor in the crypto market, but most analysts emphasize that the macroeconomic factors that traditional fiat currencies are involved in and cryptocurrencies are known for their decentralization.

Bitcoin and other altcoins experienced serious explosions, especially during the pandemic period, and became a clear solution for humanity. Russia’s war against Ukraine also shows how important crypto is for humanity in crisis situations. However, investors are heavily influenced by traditional market movements, and factors that cause uncertainty, such as inflation, prevent them from investing. For upsides, investors need to buy and stock up on the relevant cryptocurrency. Therefore, although there are negative factors in traditional markets, everything is determined by the decisions and orientations of the investors.

For the Russia-Ukraine war, some analysts argued that especially people could not invest in that situation and the interest in cryptocurrencies would decrease. However, the fact that donations are made in cryptocurrencies, Russians, whose traditional ways of using money are restricted, and the fact that Ukrainians cannot reach ATMs and other money access points, find a solution with crypto in case of war, proves that this is not true.

Moreover, as cryptocurrencies are on a traceable blockchain and every single transaction is viewed by everyone, the adoption of crypto and trust in cryptocurrencies are increasing. In a possible price decrease, analysts emphasize that especially Bitcoin (BTC) purchases increase, which provides a price increase in the long run. Most altcoins also follow BTC, and altcoins that can provide liquidity consolidate with BTC as it grows.

Despite everything, most crypto analysts think differently than Novogratz and expect a long-term rise after today’s statements. In addition, famous names such as Elon Musk and Michael Saylor state that Bitcoin is a solution to rising inflation and is a risk protection method. Decentralized, not associated with government and bank associations, cryptocurrencies offer protection to investors and profit in the long run as their adoption increases with such developments. In addition, in the new world order, which has evolved from Web2 to Web3, the world is becoming new, with transactions made on blockchain surpassing traditional markets in terms of speed and efficiency, and it is thought that blockchain will offer more to humanity with automated systems.