Bitcoin (BTC) price reached $ 14,000 again as the US elections continued, and analysts’ comments came to the fore in the face of this rise. Most experts described the upward trend seen in Bitcoin as positive.

#bitcoin just closed a daily candle about $14,000 for the first time since January 2018! pic.twitter.com/qMcyTP5ML0

Bitcoin (BTC) comments increased with the US elections, and the price volatility seen many people have a positive expectation about the Bitcoin price. When Donald Trump won the US election in 2016, the Asian stock markets collapsed and the Bitcoin price rose. Bitcoin is currently trading at $ 13,783, according to CoinGecko data. 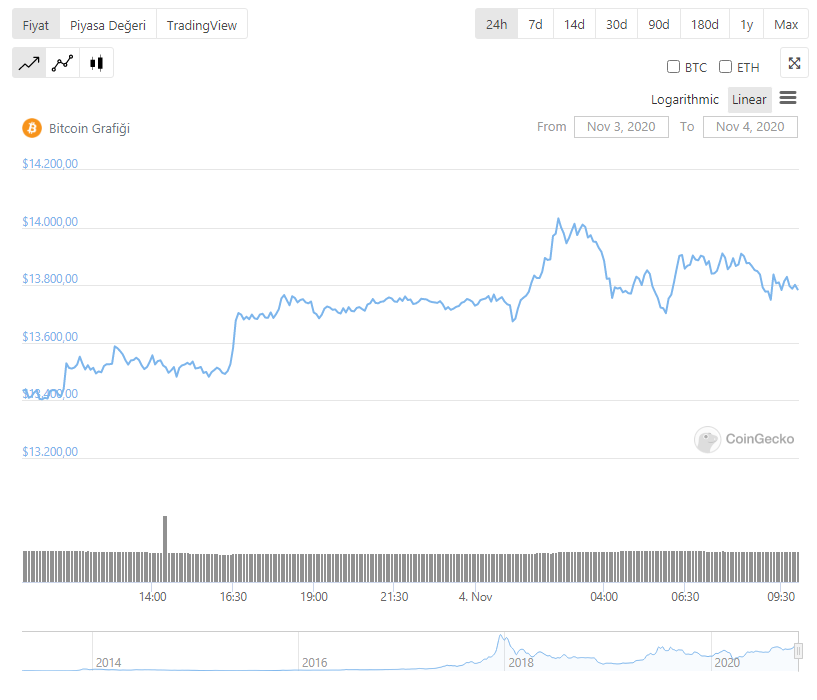 How did experts interpret the rise of Bitcoin?

Aayush Jindal of Neswbtc said that Bitcoin is on the rise against the US dollar and expressed that he believes this rise will continue in the near term. The analyst said that there was a major break in the BTCUSD pair and finally tested the $ 14,065 level. He added that the price, which will hover above the resistance at $ 14,000, may test $ 14,500 in the following sessions. However, he explained that if a downward breakout movement is seen below $ 13,680, there is a possibility of a fall to the level of 13,300.

Bitcoinist’s Yashu Gola shared an analyst’s comment that he saw a downward trend in Bitcoin. According to this analyst, bulls have lost their dominance in the market. Afterwards, it was stated that Bitcoin could fall and the US dollar could rise within the possibility of prolonging the election results.

According to the analysis shared by Cryptopotato’s Yuval Gov, Bitcoin RSI indicators are still in a downward trend on a daily basis. Stating that the initial resistance levels to watch are between $ 14,000 – $ 14,100, the analyst said that if BTC failed to break the $ 14,100 level, it could fall.

Analyst Crypto Michael commented on “Long Bitcoin”, saying it doesn’t matter who will win with the US elections.

Bitcoin Jack also emphasized that Bitcoin was not very interested in the elections and said that liquidity was not withdrawn from the stock markets.

“We will see how the price will move forward,” analyst NebraskanGooner said, showing the resistance point Bitcoin faces to continue rising. 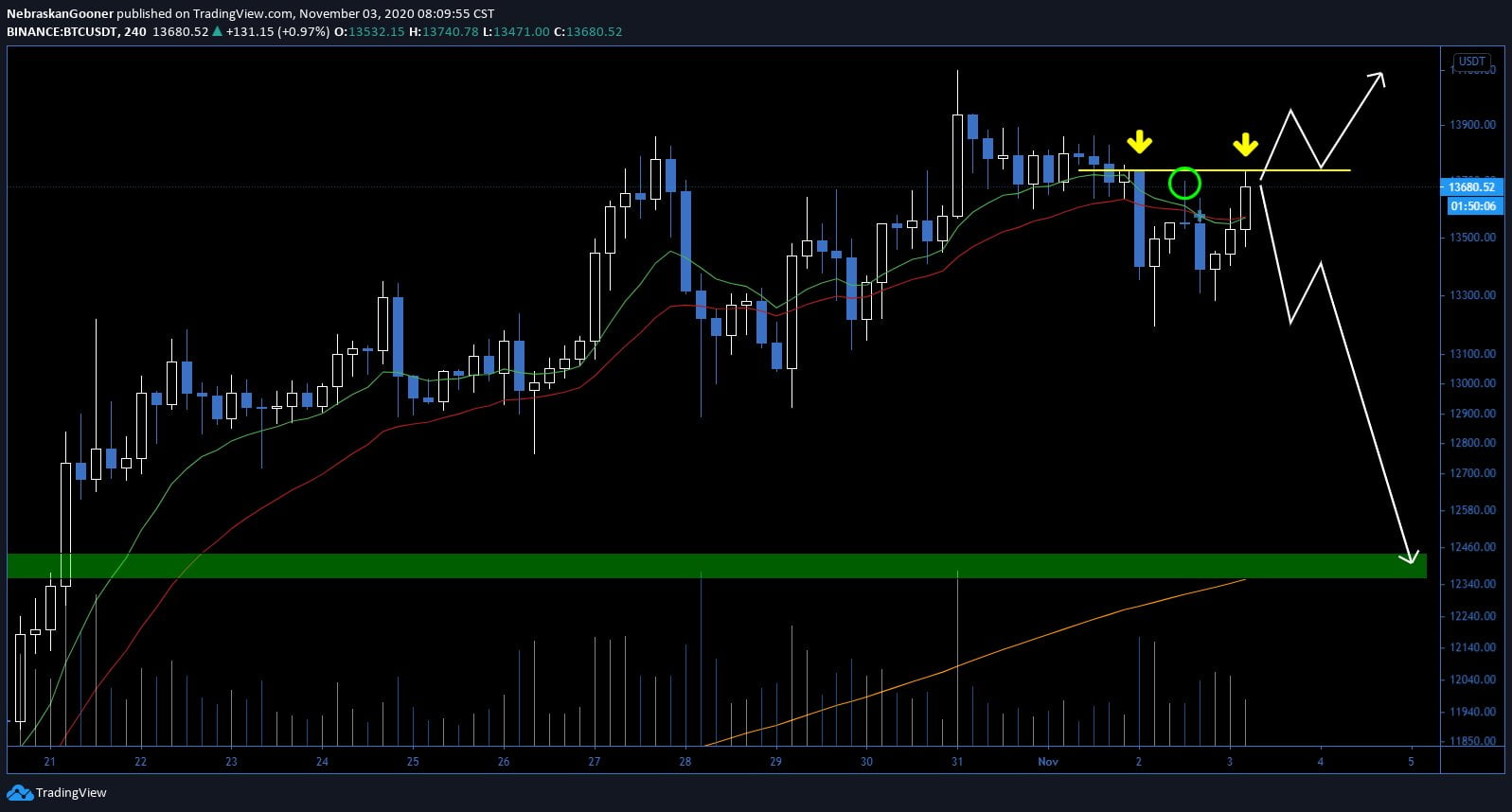 Another comment that Bitcoin won with the rise of Bitcoin came from Tyler Winklevoss:

ETH Required For Ethereum 2.0 Has Been Gathered

A Mysterious Monolith Found Somewhere in the US

Apple’s folding phone would have a screen that ‘heals’ itself

iPhone 12 Pro will be left without 120 Hz displays

Trump caught in Corona was taken to hospital