Home Entertainment What happened to William Sotelo after the Netflix series “Why Did You... 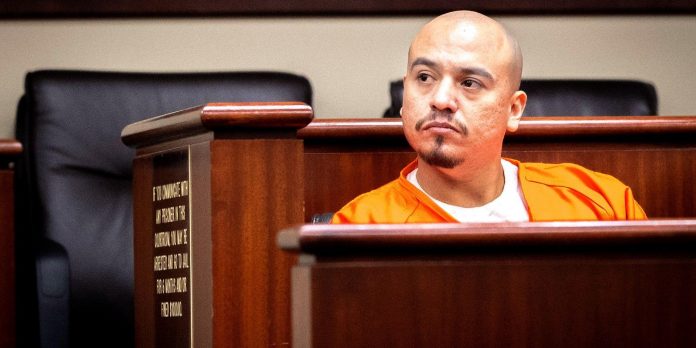 What happened to William “Jokes” Sotelo after the Netflix crime documentary “Why Did You Kill Me?” The documentary tells the true story of the 2006 murder of 24-year-old Crystal Theobald from Riverside, California. William Sotelo was one of several suspects involved in Theobald’s tragic death after the car she and her family were driving was mistaken for the car of an enemy of the local 5150 gang.

Why did you kill me? Documents how Theobald’s mother Belinda Lane and cousin Jamie McIntyre used MySpace to catch catfish Sotelo and other 5,150 participants in the search for Crystal’s killer. Eventually, using a fake account, Lane was able to reveal personal facts about Sotelo that testified to his involvement in the crime. In particular, he was driving his white Ford Expedition, in which there were gang members responsible for the shooting, and Julio “Lil Huero” Heredia was identified as the shooter. At some point, Sotelo was summoned for questioning, but released for lack of evidence. Lane later told Sotelo via a social networking site about his actions. Then Sotelo left MySpace, disconnected from the network, and no one heard or saw him for more than ten years.

Ten years after the 2006 murder, Sotelo appeared in court and was convicted of one count of manslaughter, for which he is currently serving a 22-year sentence. Why did you kill me? Explains that after Lane’s confrontation on MySpace, Sotelo fled to Mexico. While there, he worked as a chili pepper farmer and started a family. Sotelo remained the only suspect in the murder of Crystal Theobald, who was still at large after all the other 5,150 people involved in the case appeared in court and were convicted. In 2016, Lane received information about Sotelo’s whereabouts on Facebook, which she passed on to the police. The tip turned out to be correct and allowed the authorities to find Sotelo, who lived with his wife and three children.

William Sotelo: What was he accused of?

Sotelo’s case was considered in 2020, when he was initially charged with first-degree murder. At the trial, Lane spoke directly to Sotelo, where she allegedly called him a “coward” and a “punk” and hoped that other gang members in prison would “extinguish his life.” Lane then verbally addressed Sotelo’s family, shaming them for helping him escape to Mexico, before a judge ordered her to stop and address Sotelo only. After that, when asked about the verdict, Belinda Lane replied that she was still processing and that “he wasn’t even sorry.”

After the events described in Why did You Kill Me? Sotelo entered into a plea deal in which he pleaded guilty to one count of manslaughter. His 22-year sentence includes the four years he spent before and during the trial, which means Sotelo faces eighteen additional years in prison before he is released. He is currently in Sentinela State Prison in Imperial County, California.

The hunt for William Sotelo is described in the book “Why did you kill Me?”. — not the only example of a true Netflix crime series, where the Internet is a key tool for resourceful investigation. The streaming giant’s 2019 documentary “Don’t Fuck with Cats: The Hunt for an Internet Killer” is an equally disturbing and exciting project that tells the story of a group of amateur but dedicated internet sleuths who worked to track down the man responsible for a heinous crime. the murder of two cats in a 2010 internet video. The group identified the perpetrator as Luca Magnotta, a Canadian who was also convicted of the heinous and horrific murder of a university student named Jun Lin.

Related to this: Everything That is Missing from the Netflix documentary about Eliza Lam about the Cecil Hotel

In 2021, Netflix again took the real criminal world by storm with the documentary series “Crime Scene: The Disappearance at the Cecil Hotel.” The widely publicized four-part project tells the story of the Cecil Hotel (which was renamed) in Los Angeles, as well as the seemingly mysterious death of Canadian tourist Eliza Lamb, whose body was found in a cistern on the roof of the hotel. For example, “Why did you kill me?” from Netflix. and “Don’t Fuck with Cats” (although it looks more like the latest Netflix crime series), “The Disappearance at the Cecil Hotel” is another example of the strength, persistent dedication and thoughtful work of Internet detectives who are trying to solve crimes from behind their computer screens.