Home Entertainment What happened to the sequel to “Remember Me”? 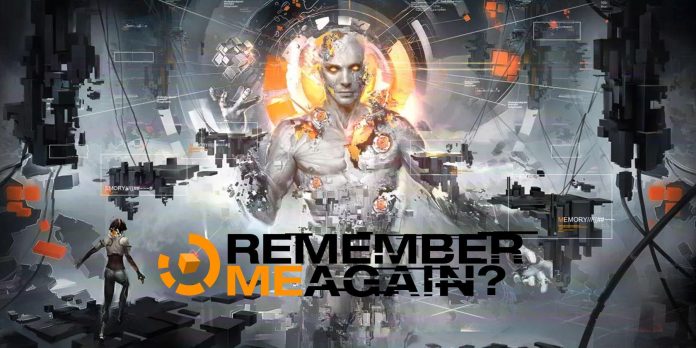 Before becoming famous for their popular series Life is Strange, DON’t NOD actually turned their attention to the more traditional adventure game “Remember Me”. Creating a striking aesthetic, mixing grunge and futurism, Remember Me was an ambitious game that used the proven theme of dystopian megacorporations suppressing the free will of people, and added unique mechanics surrounding memories and consciousness. Unfortunately, despite the praise for building the world, remixes of memories and the soundtrack, critics criticized the template fight and the design of “Remember Me”.

Nevertheless, thanks to sales over the years, it became clear that the game had become a cult, and the ideas underlying the game were sound. Thus, a sequel should have been inevitable for such a game, but many factors led to the fact that “Remember Me 2” was not developed, even if DON’t NOD Entertainment really had plans for the future of the series, and ultimately the game remains in limbo. No official development of the sequel has been confirmed, and the latest news from Capcom, the publisher of Remember Me, suggests that the game under its own name is no longer viable.

In a remote interview for Siliconera, creative director Jean-Maxime Maurice confirmed that DON’T NOD has already planned a potential sequel. He not only stated that DON’T NOD knew what additional content they would add to the “recipe” of Remember Me, but also knew about the shortcomings of the game and knew how to fix them. He reflected that the sequel is “a game that is ready to be created, but this decision should be made by Capcom.” Despite this, “Remember Me 2” was never realized, as DON’t NOD continued to work on the growing success of their series Life is Strange after the first “season”.

Although the reasons for this have not been officially confirmed by either DON’T NOD or Capcom, the members of the DON’T NOD team involved in both “Remember Me” and “Life is Strange” seem to indicate that Capcom was responsible for the “Remember Me” series. the end without continuation. Likely explanations could be that Capcom doesn’t see a lucrative future in “Remember Me” or that trying to fix “Remember Me” mistakes for a second potentially ambiguous answer wasn’t worth it. Regardless of the reasons, the sequel never got the green light, and DON’t NOD moved on to other projects, such as Vampyr.

DON’T WORRY and remember my future

When Maurice commented on the sequel “Remember Me”, DON’t NOD was just releasing Life is Strange. Perhaps it was this second game that saved the studio from closure, as the ambiguous reaction of “Remember Me” put the future of DON’T NOD in jeopardy. Although it managed to save its sales through digital deals such as Playstation Plus, the initial release of the game was not a commercial success; apart from poor design choices, the release at later stages of the PS3 and Xbox 360 lifecycle could hurt “Remember Me”.

Thanks to Square Enix’s support for Life is Strange and the subsequent success and rewards earned by the game, DON’t NOD have actually reinvented themselves and focused on delivering their now widely recognized choice-based gameplay. In his next projects, whether it was the continuation of the Life is Strange franchise or the transition to new projects such as Vampyr or Tell Me Why, DON’T NOD developed his unique style of game design. Although some games haven’t had as much success as Vampyr, they’ve gained prestige they didn’t have before when they first started with Remember Me.

Therefore, if the studio wanted to, she could return to her debut game for a sequel. Considering that since then DON’t NOD has moved away from Life is Strange, and Life is Strange: True Colors is being developed by Deck Nine, DON’T NOD now has the opportunity to develop any game she wants. Finally, the company can present its long-awaited, already planned sequel to “Remember Me” as the next project, provided that it can wrest intellectual property from Capcom. If Capcom had never had confidence in a sequel before, it might not be difficult, but DON’T NOD’s new reputation may force publishers to reconsider the potential of Remember Me 2.

“Remember Me” is already available for PC, PS3 and Xbox 360.

How the Composer of Elvis Made Austin Butler Sound Like an...